On Bolivar Road, the Cleveland Grays Armory stands a silent sentry amid the bright lights and thunderous applause of Cleveland’s Progressive Field and Playhouse Square, an imposing reminder of times gone by. Chartered in 1837, the Cleveland Grays were an independent militia whose members served in volunteer units during the Civil War, Spanish-American War, Mexican Border Campaign and World War I. Although the early 1900s saw federal legislation moving the country away from state-run militias through the establishment of the National Guard, the Grays declined joining the Guard and became instead a private militia. Since then, members of the Grays have volunteered in World War II, Korea, Vietnam, Iraq, and Afghanistan. Placed on the National Register of Historic Places in 1973, the Grays take pride in their past and present service as America’s oldest independent armory, offering public tours of the Armory on the first Wednesday of each month between noon and four at $8 for adults and $5 for students, seniors, and military. 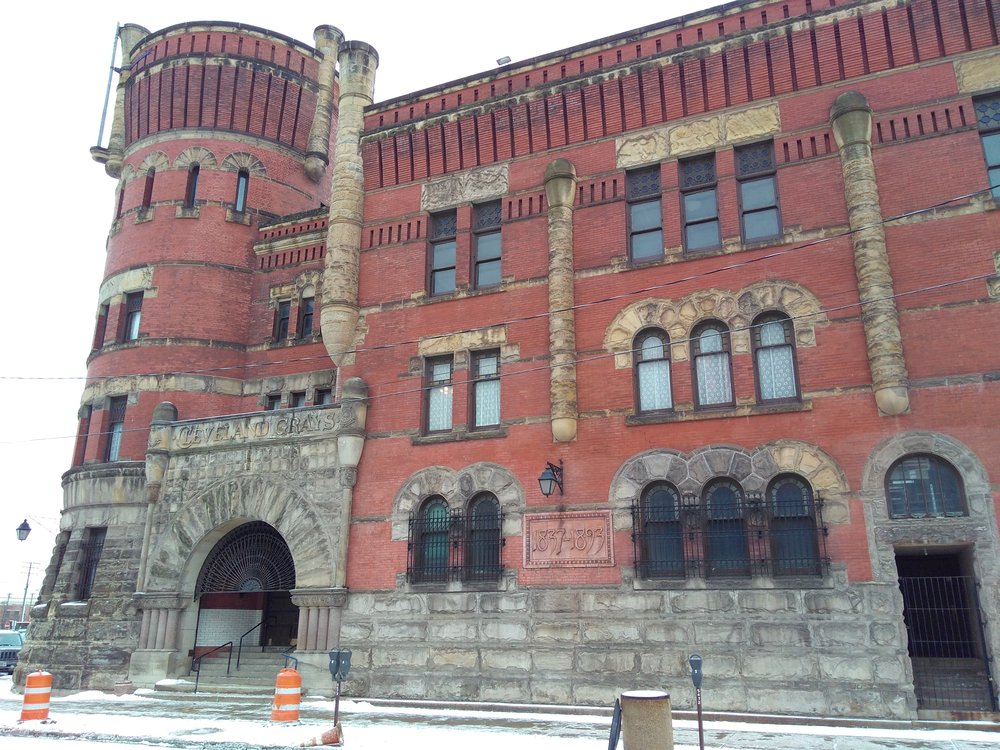 Built in 1893, the impressive, castle-like structure looming above today’s visitors is the third building occupied by the Grays since their founding. The three floors are filled with memorabilia from the wars in which the Grays took part, including uniforms, photographs, weaponry, and personal items, much of it original. Holding pride of place on the first floor is a Confederate Civil War cannon built in Richmond, Virginia. It was captured by a Union artillery unit who gifted it to the Grays, then serving in the Union Army as the Company E 1st Ohio Volunteers. 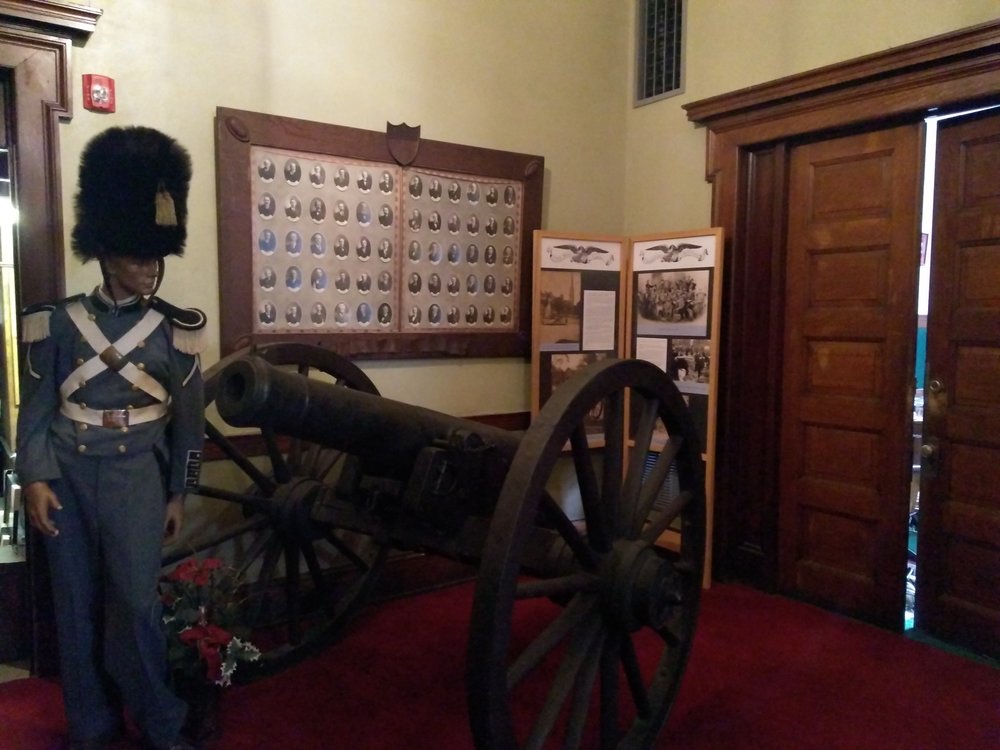 The tour guide, Mr. Bernie Browski, began the in the Commander’s Room off the entryway on the first floor, giving a brief history of the Grays and the Armory. Across the entryway is the famous cannon, now guarding the officer’s clothing room complete with the original lockers. The remainder of the first floor is a large event hall, used in the past for the first concert season of the Cleveland Orchestra and Cleveland’s first Auto Show. Sadly, this hall burned down in the 1920s; what visitors see today was rebuilt by the National Guard. “You can tell,” Mr. Browski laughed with a wink and a nod, “it’s terrible construction.” He was kinder to the 1930 Wurlitzer pipe organ tucked behind the stage curtain. Once used to accompany silent films, the “Mighty Wurlitzer” came to the Grays in 1969 from a theater in Erie, Pennsylvania. Three to four times a year the Grays and the Western Reserve Theater Organ Society come together to produce concerts, and the “Mighty Wurlitzer” thunders once more. 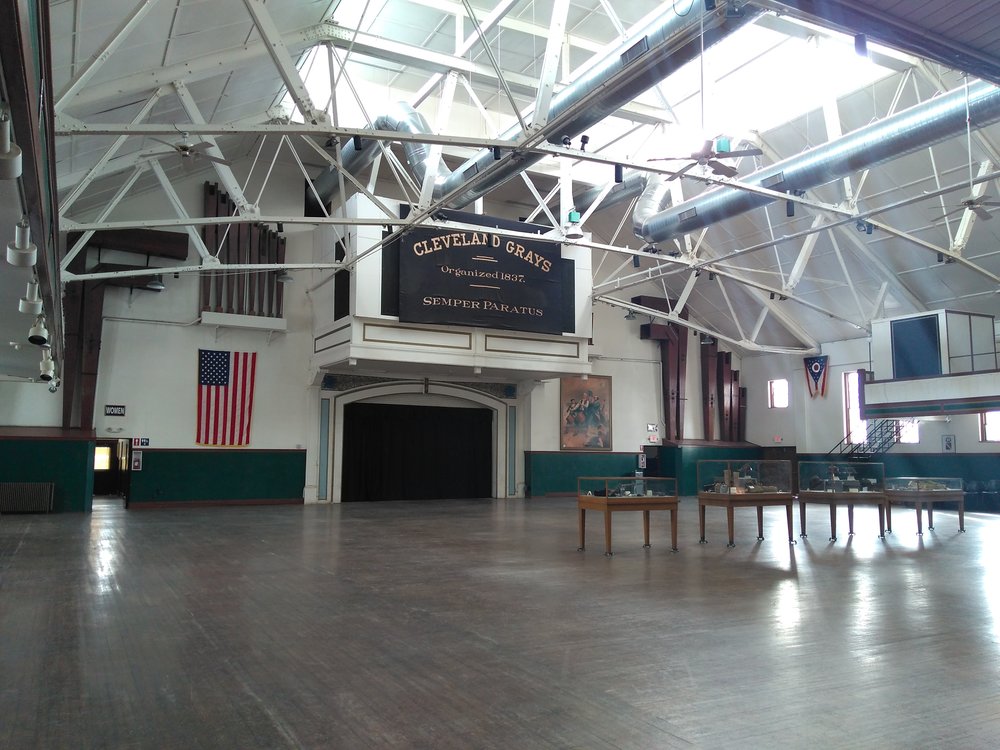 Back in the original building and up the intricately carved staircase brings visitors to the second floor’s swanky Meeting, Entertainment, and Sitting Rooms, containing memorabilia, a piano, billiards, and a taxidermized bull’s head that no one is quite sure how or why it came to be there. Occupying the rounded turret space behind the Sitting Room is the elegant Pioneer Room, once reserved only for Civil War veterans and their invited guests. 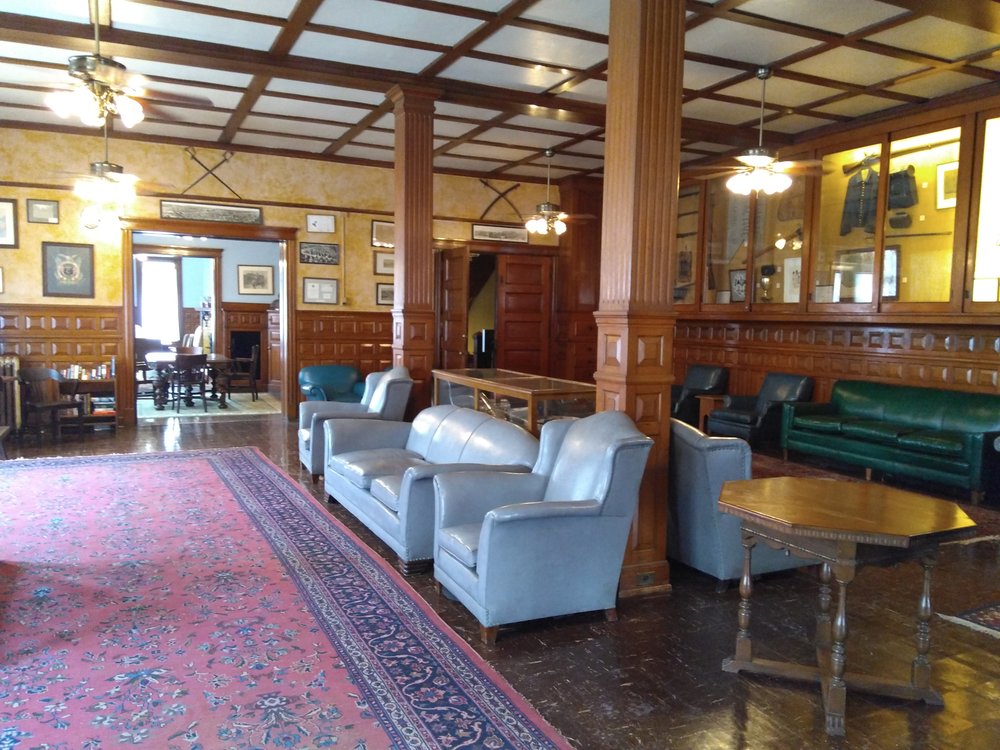 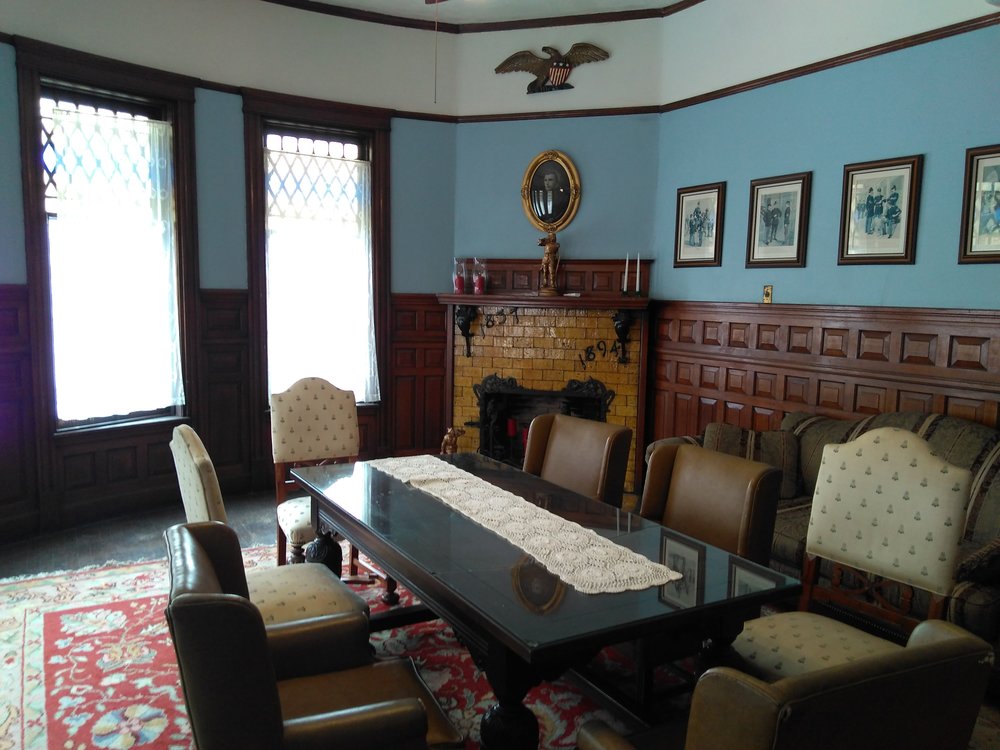 Climbing up the staircase to the third floor is the ballroom. An open, inviting space with views of Progressive Field, the stained-glass windows still bear traces of the black paint that once covered them during World War II, a subtle reminder of the once real threat of German airstrikes. Not so subtle is the Maxim machine gun present in the adjacent Thoburn Room, used by the Germans during World War I, which visitors can see up close. Apart from the glass display cases used to protect the more fragile items, there are no physical barriers separating the objects from the viewers, which is rather unusual in a museum setting. This openness does have its hazards, however, as Mr. Browski pointed out: a conspicuously empty spot on one of the walls after the object was stolen during an event.

The Club Room is the final stop on the third floor. Installed during the rebuilding of the 1920s, it played a role in a different type of crime: the little lockers built into one of the walls hid liquor during Prohibition. Eliot Ness is said to have made a visit, though in what capacity Mr. Browski left up for speculation. 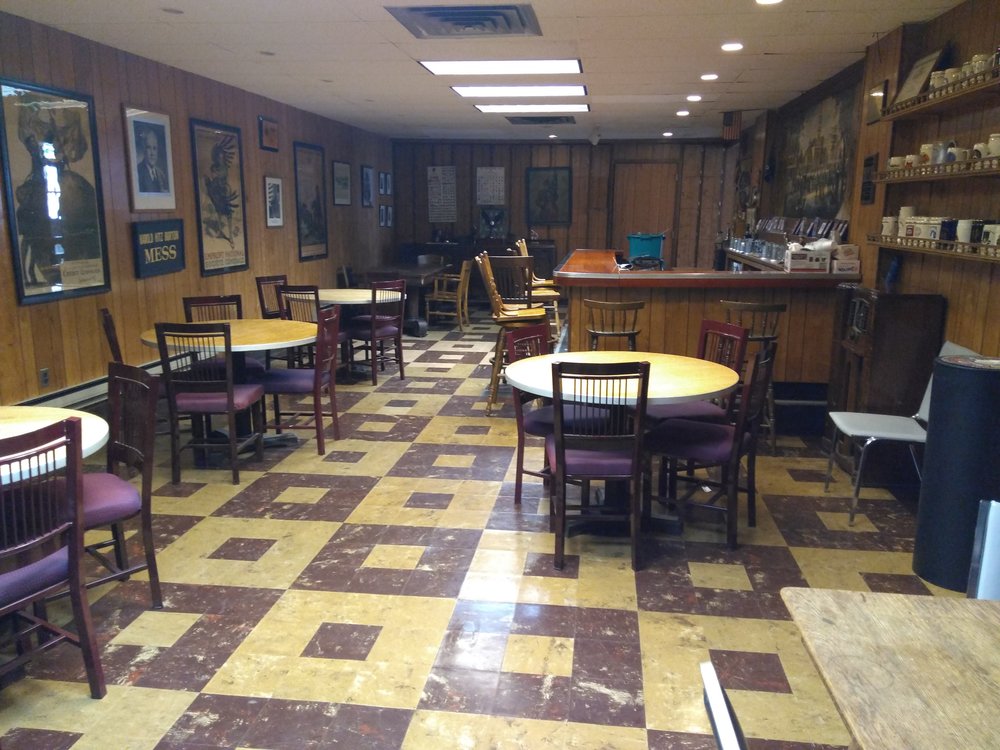 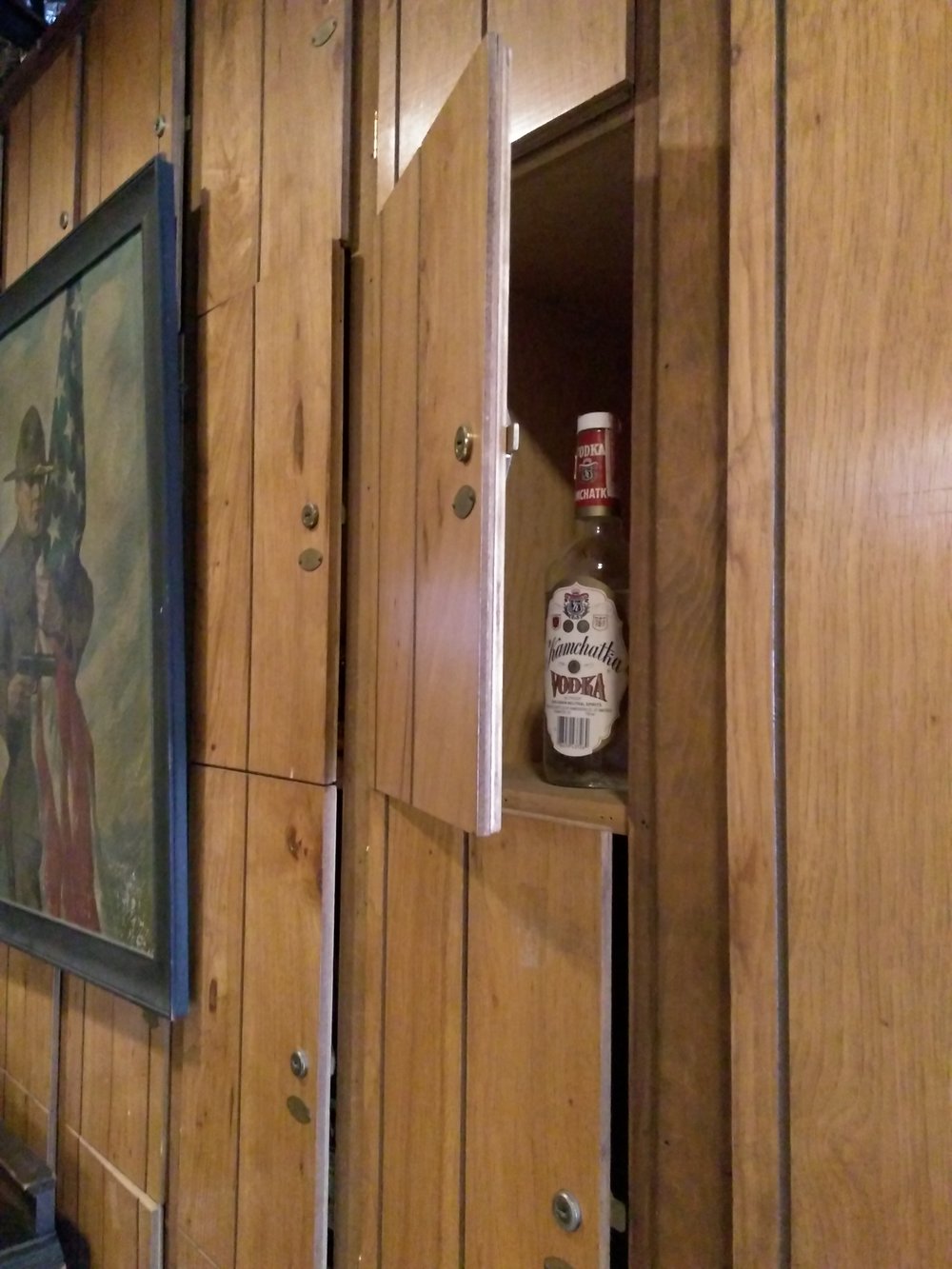 After the Club Room, the tour descends back down the stairs and into the basement where one can see the original foundation and a shooting range that’s been in place for over twenty-five years. One must be a member of the Grays to use it, and Mr. Browski mentioned that when in use it can be heard out on the street – an excellent form of security. 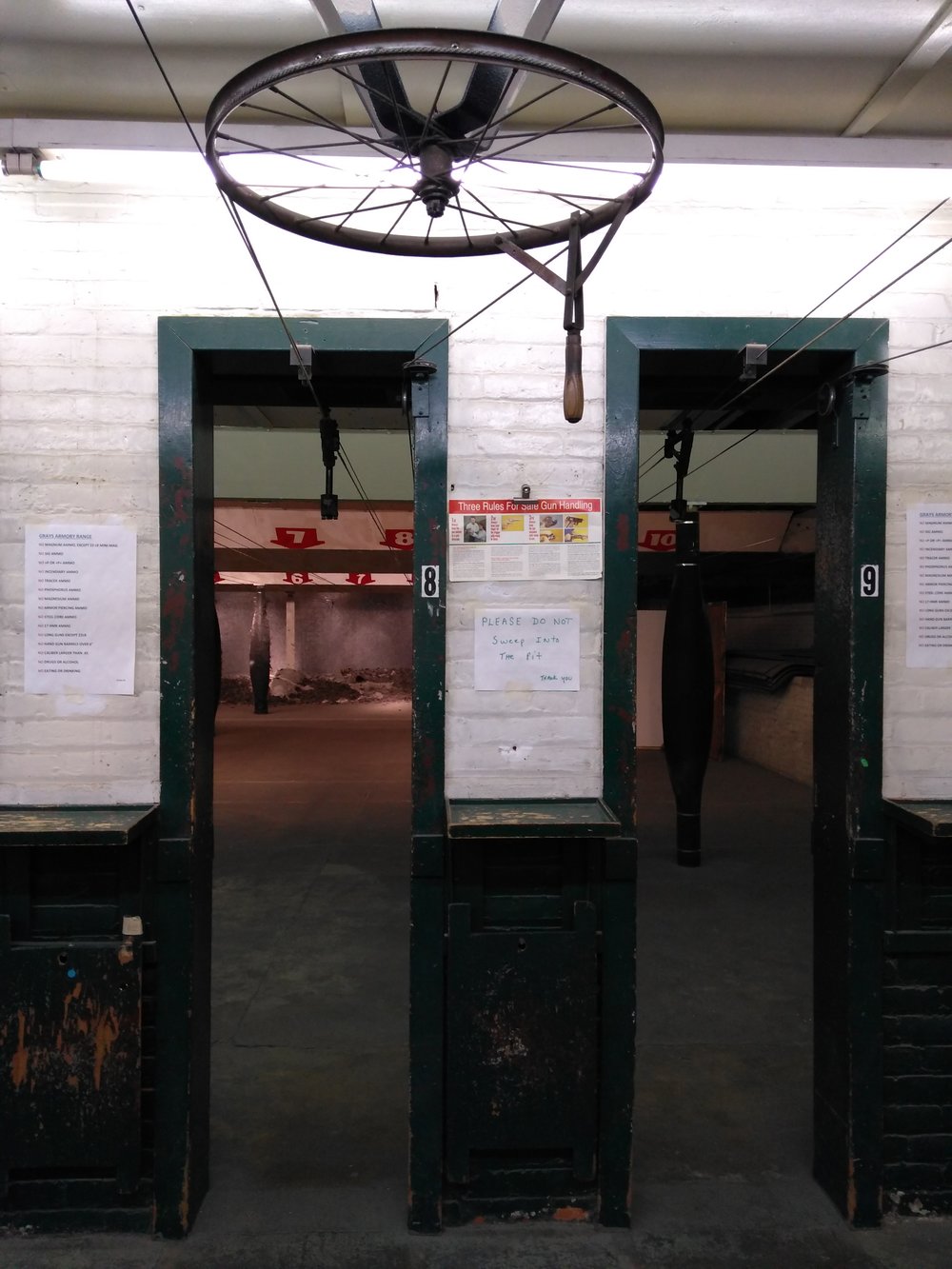 Mr. Browski concluded with the Grays’ mission: to preserve the historic Armory Museum, advance the military heritage of Greater Cleveland through public awareness and education, and to support the men and women of our armed forces. And so the tour came to an end, amidst spent shell casings and walls riddled with holes. A fitting setting, perhaps, given the history of the organization. Amid the beautiful stonework, ornate wood carving, and tidy displays highlighting military life and even splendor, at its heart the Cleveland Grays were founded to protect and serve their country, up to and including the ultimate sacrifice in a place far from home, amidst spent shell casings and walls riddled with holes. Although the nature of their work might have changed, the Grays continue to serve their country, both abroad and on the home front, in their faithful operation of the Armory Museum. 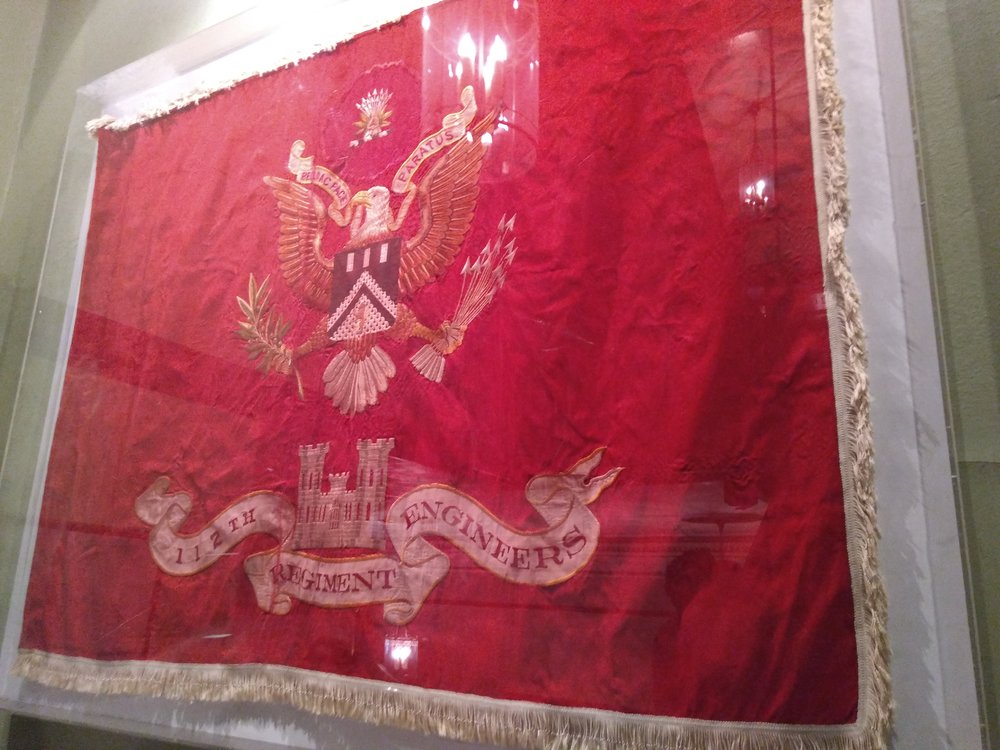