In this glorious year of 2018 A.D., amidst the tidy fields of corn and big red barns of southwest Lorain County, the village of Wellington is celebrating its 200th birthday 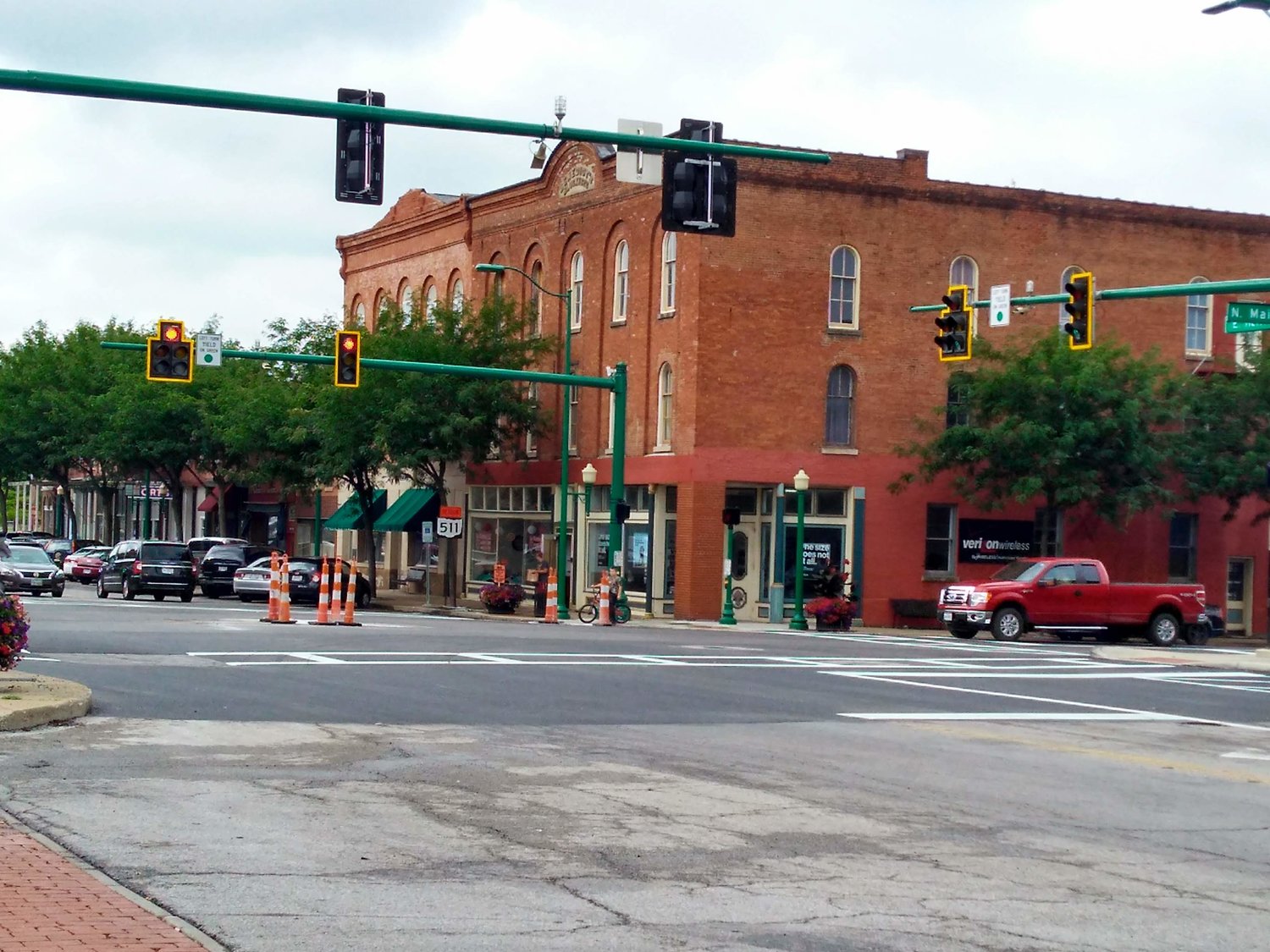 In 1818, four men from Massachusetts began the 600-mile journey to present-day Wellington, being joined along the way by William T. Welling from New York. Welling had the honor of naming the town, though whether he named it after himself or after the Duke of Wellington is still a matter of contention.

Incorporated on August 6, 1855, the village of Wellington consisted of about 12,000 acres of the central area of the township. The impressive town hall, built in 1885 for a cool $40,000, boasts an uncommon combination of architectural styles- Byzantine, Greek, Gothic, and Spanish. At the time, it hosted the largest opera house between Cleveland and Columbus; today the majority of the town hall is occupied by administrative offices. 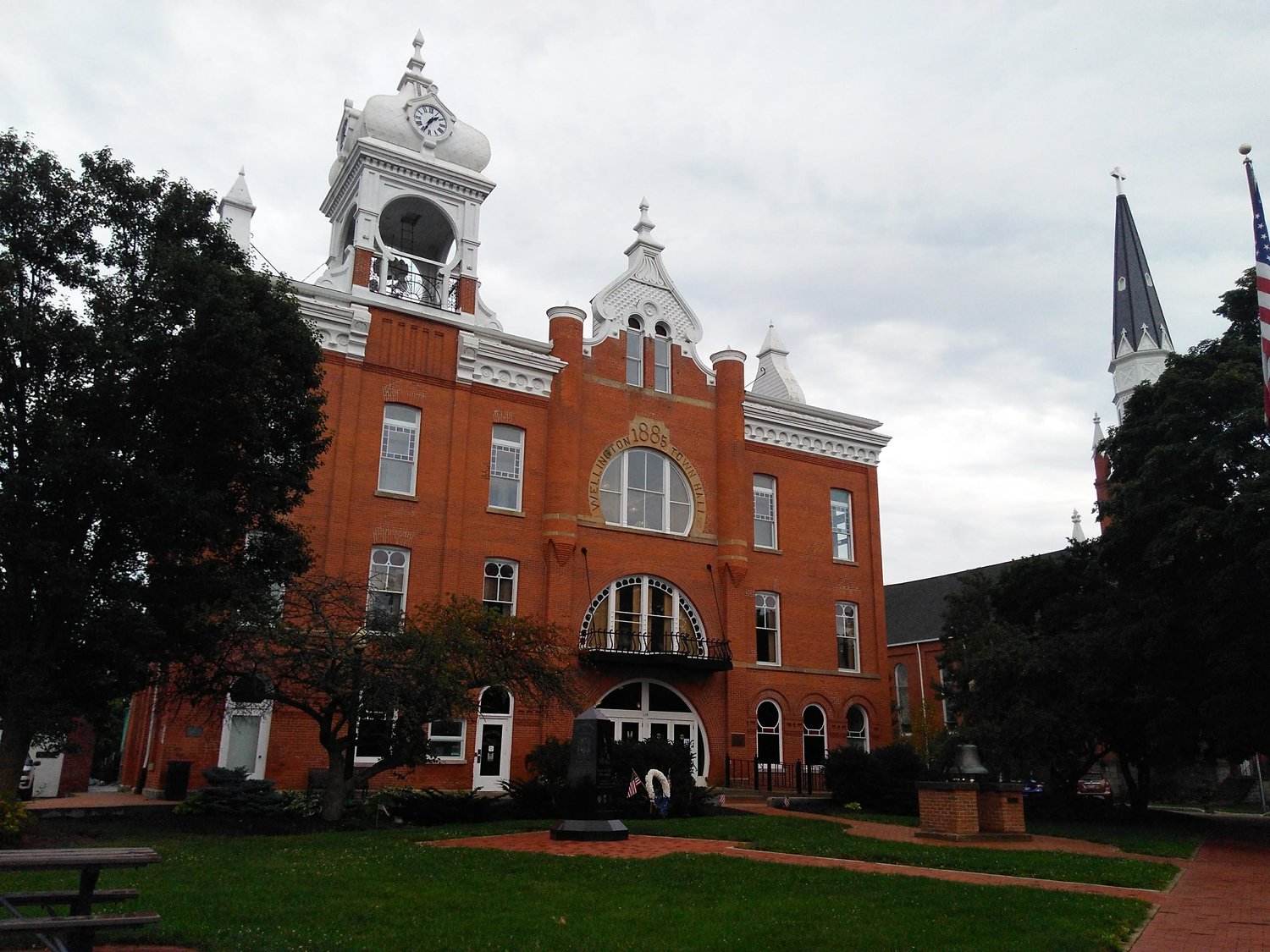 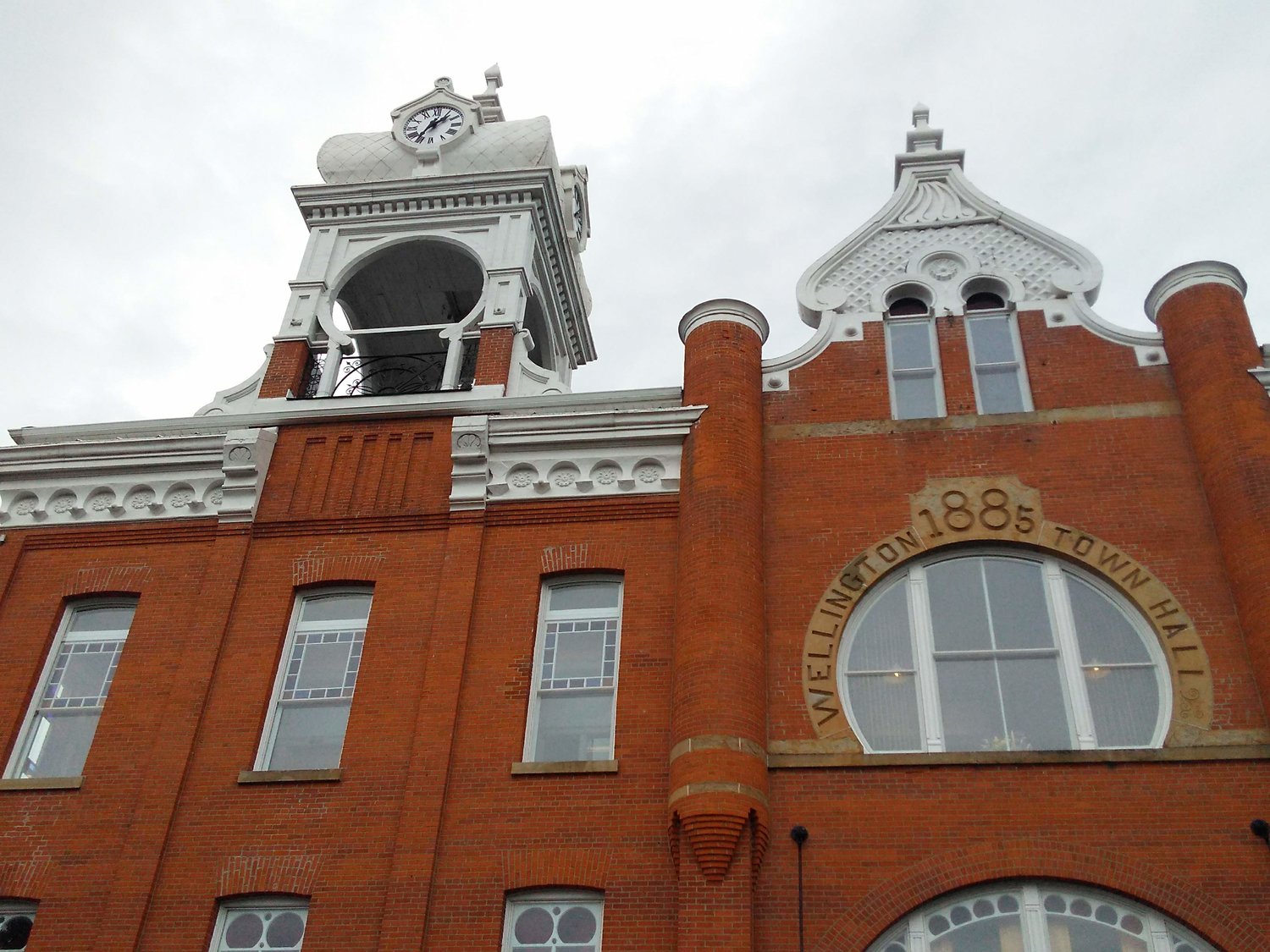 While the town hall is immediately eye-catching, a perusal of Historic Wellington is equally rewarding. Restaurants range from family diners, a deli/cafe combo, and sizzling pizzerias. A smattering of local shops dot the storefronts, including the fantastic Addie's Antiques, located on East Herrick Street / OH-18. 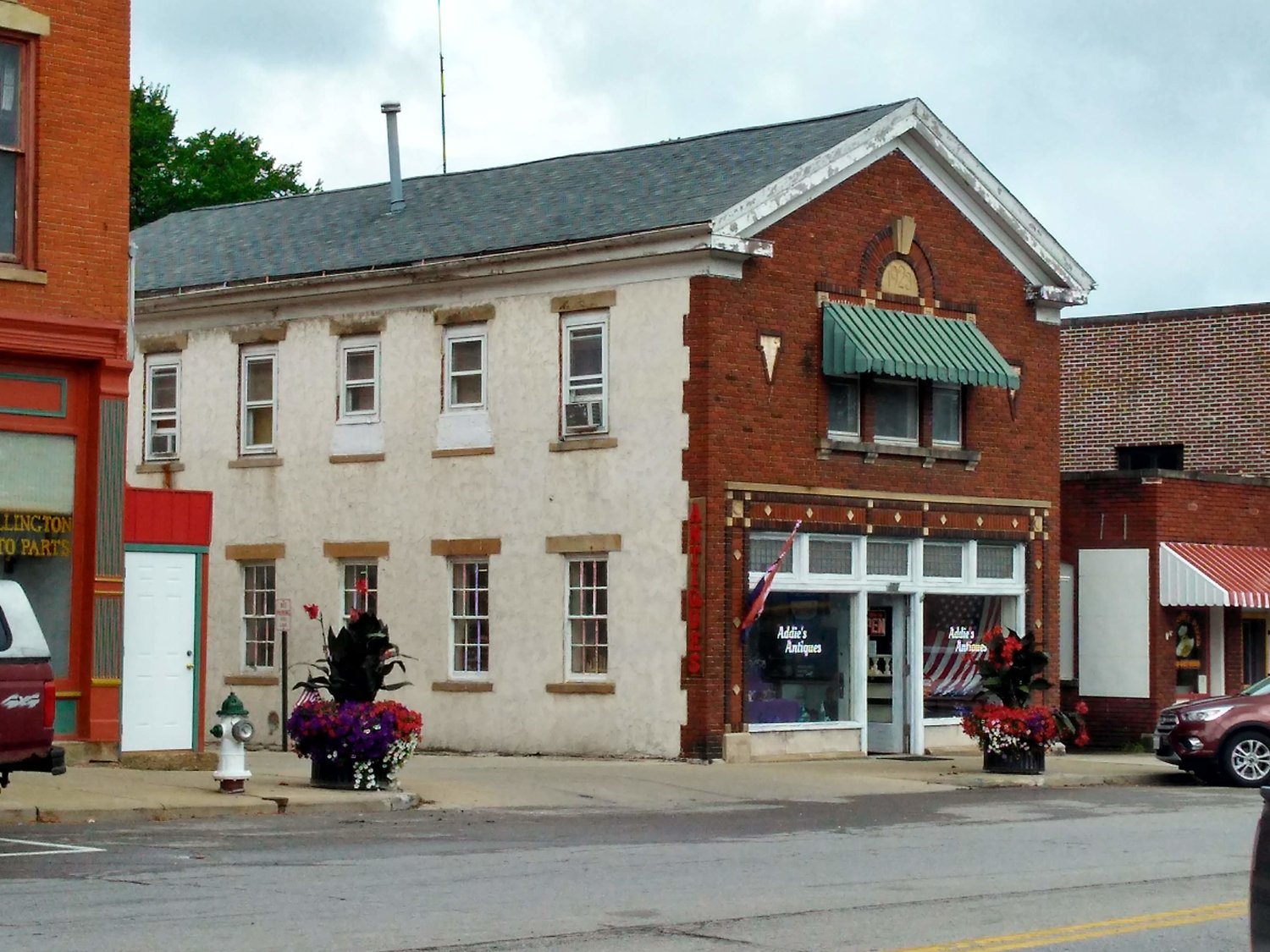 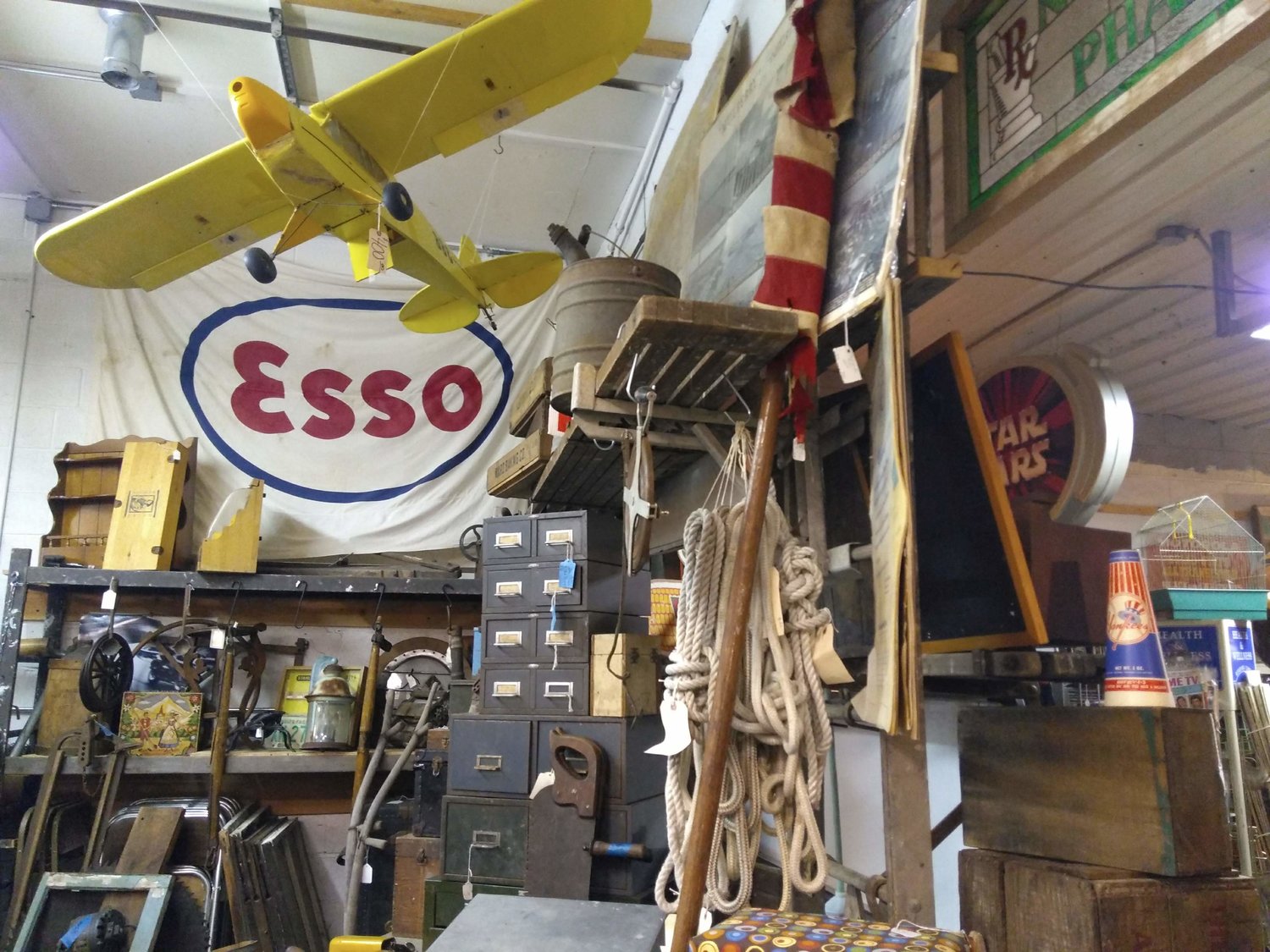 Across the street from the town hall a series of murals decorates the brick wall of Farm & Home Hardware, each capturing a person, event, or concept important to the village. 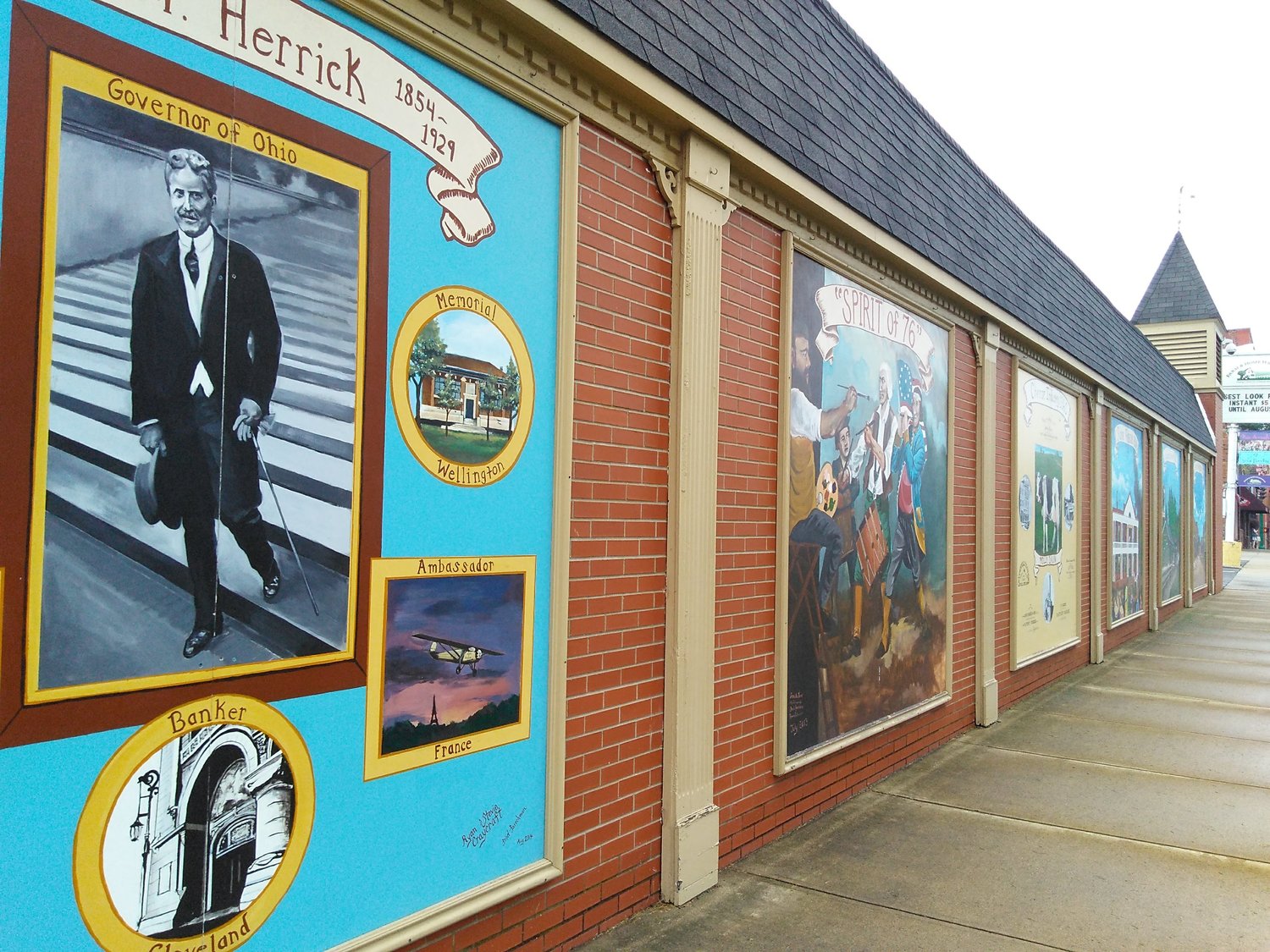 One such mural, “The Spirit of ‘76,” commemorates the famous painting of the same name, painted by Wellington resident Archibald Willard (1836-1918) for the 1876 Centennial held in Philadelphia. The Spirit of ‘76 Museum, located on South Main Street / OH-58, pays homage to the artist and also details life in Wellington and southern Lorain County. 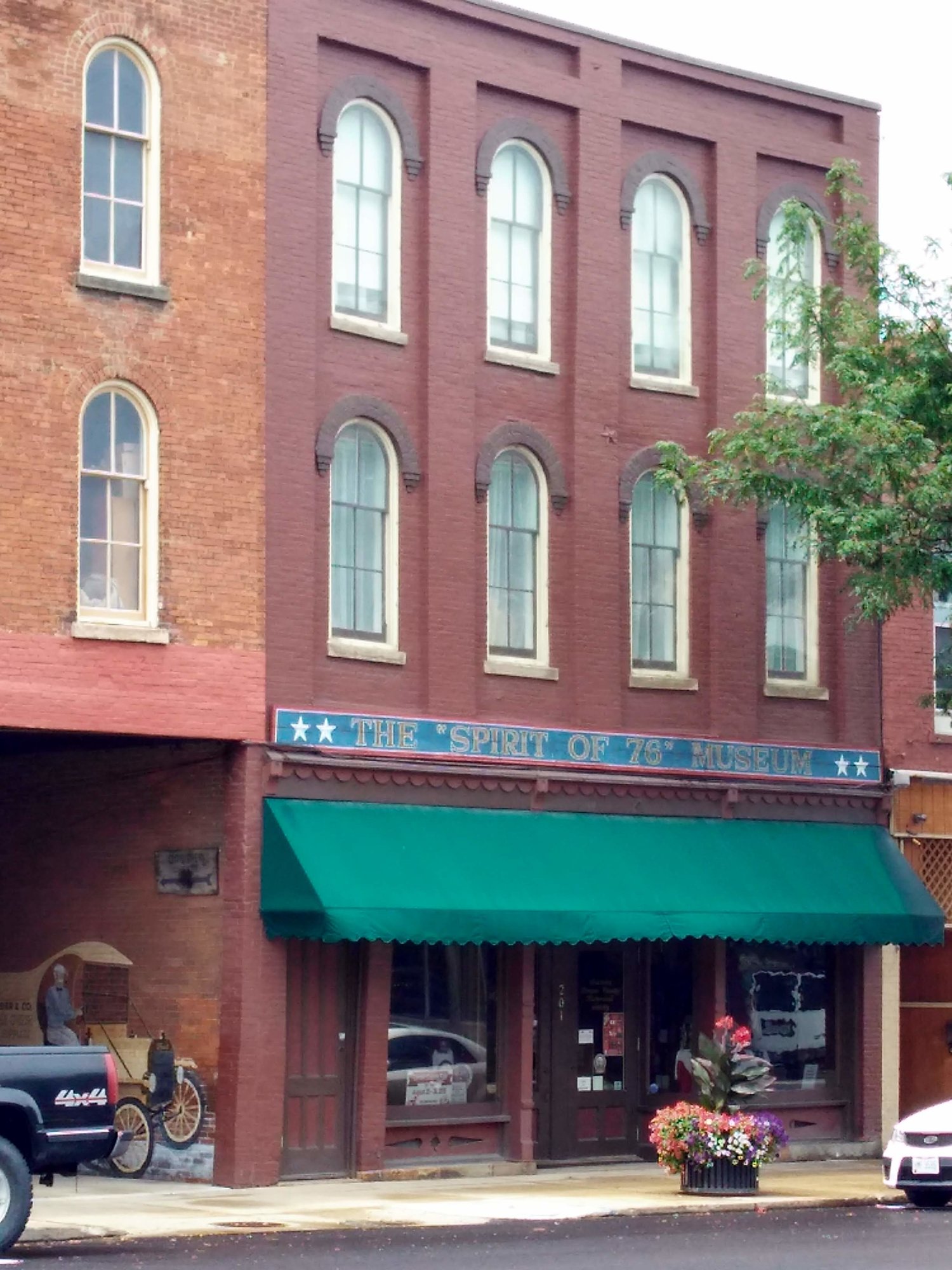 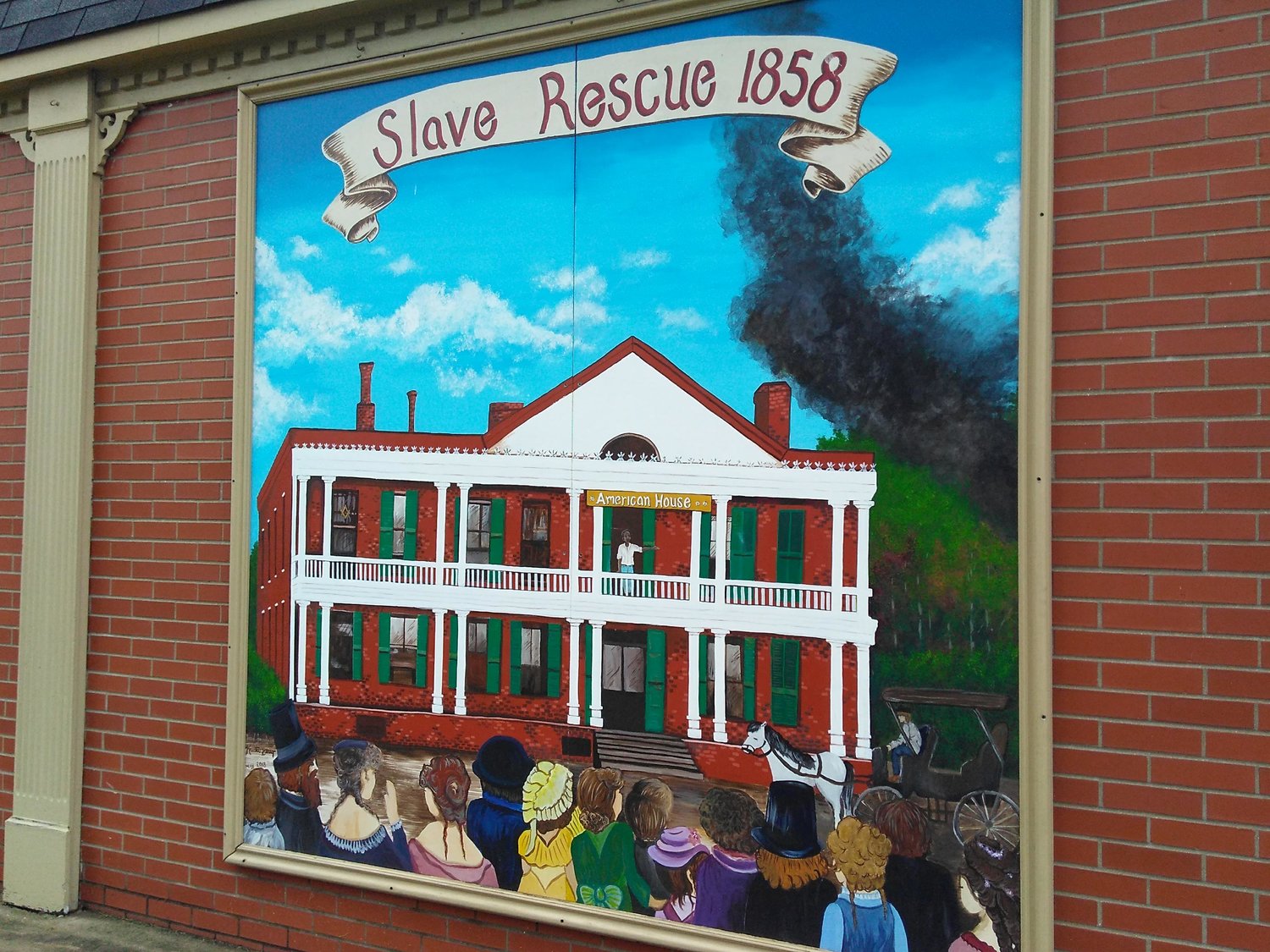 In that year, John Price, an escaped slave, arrived in Oberlin, where he lived in relative peace for several months. All that changed in late August 1858, when a neighbor of Price’s master came to the city in pursuit of runaway slaves from his Uncle’s estate. Upon learning of John Price, the neighbor alerted the authorities, who captured him and brought him to Wellington, where he was interred in the American House Hotel, now the location of the Herrick Memorial Library. After Price’s capture, a group of men from Oberlin and Wellington went to the hotel, blocking the exits. When word arrived that militias were being sent from Cleveland, the men broke into the hotel attic where the authorities were hiding with Price and sent him back to Oberlin in a buggy, where he remained until he could be safely sent to Canada. While the men involved were indicted in violation of the Fugitive Slave Law of 1850, a sympathetic judge handed down mild sentences. 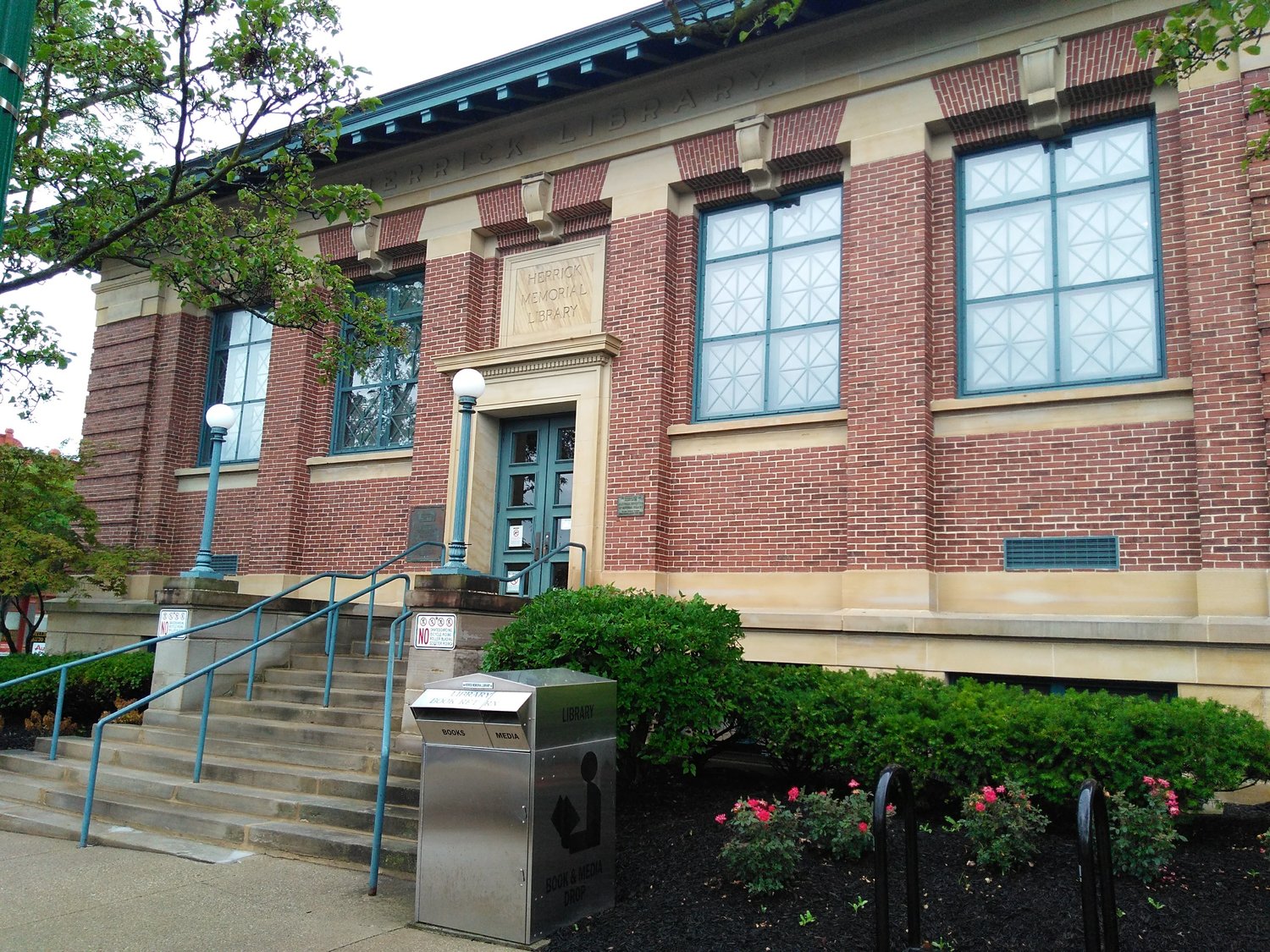 Not all of the wall’s murals depict radical (for the time) political movements. A cheery yellow mural graced with a black-and-white cow tells the story of Wellington as the “Cheese Capital of the World.” In 1866, Charles William Horr and his brother, J. C. Horr, founded a company to open the first cheese factory in nearby Huntington Township. 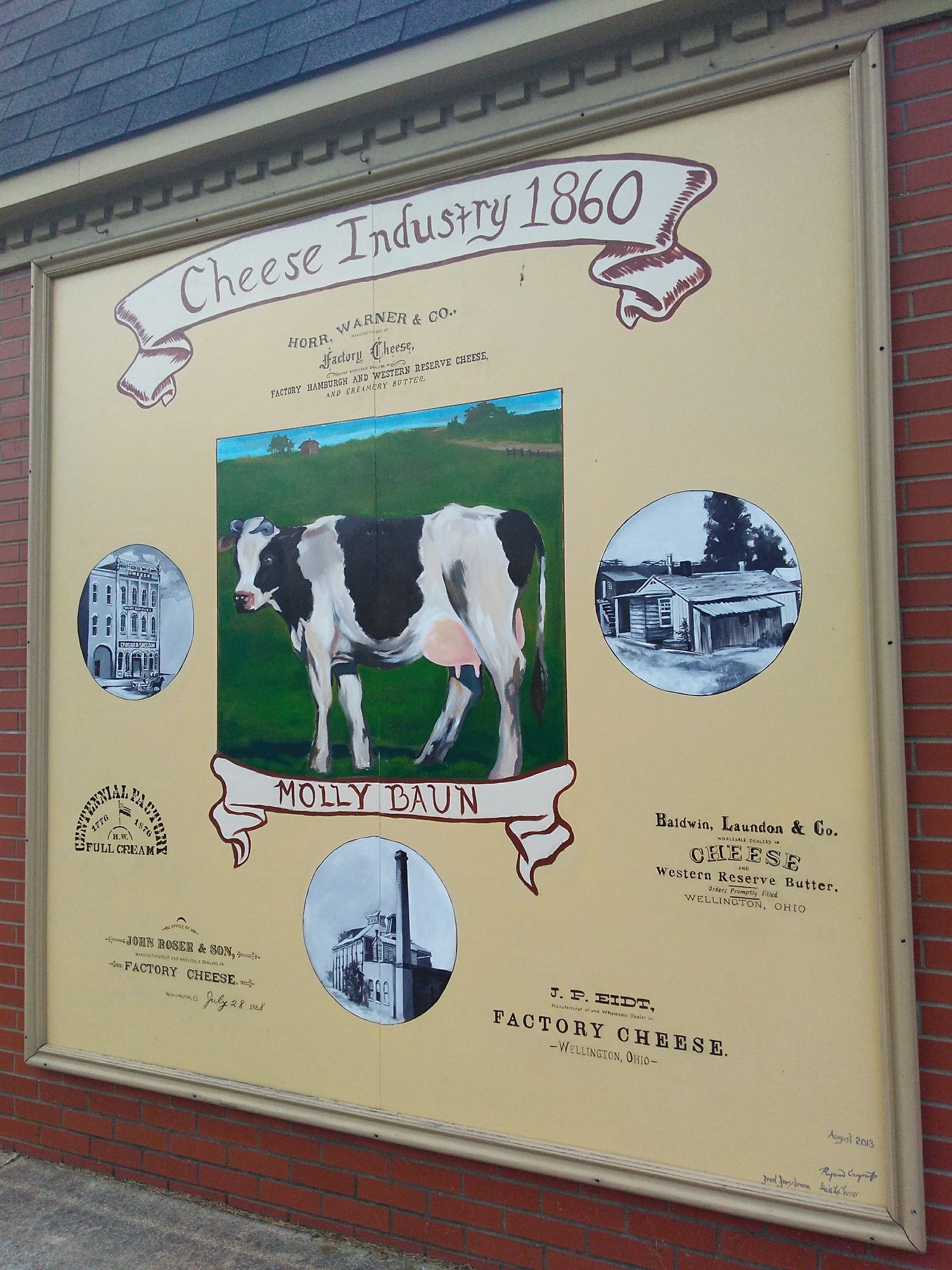 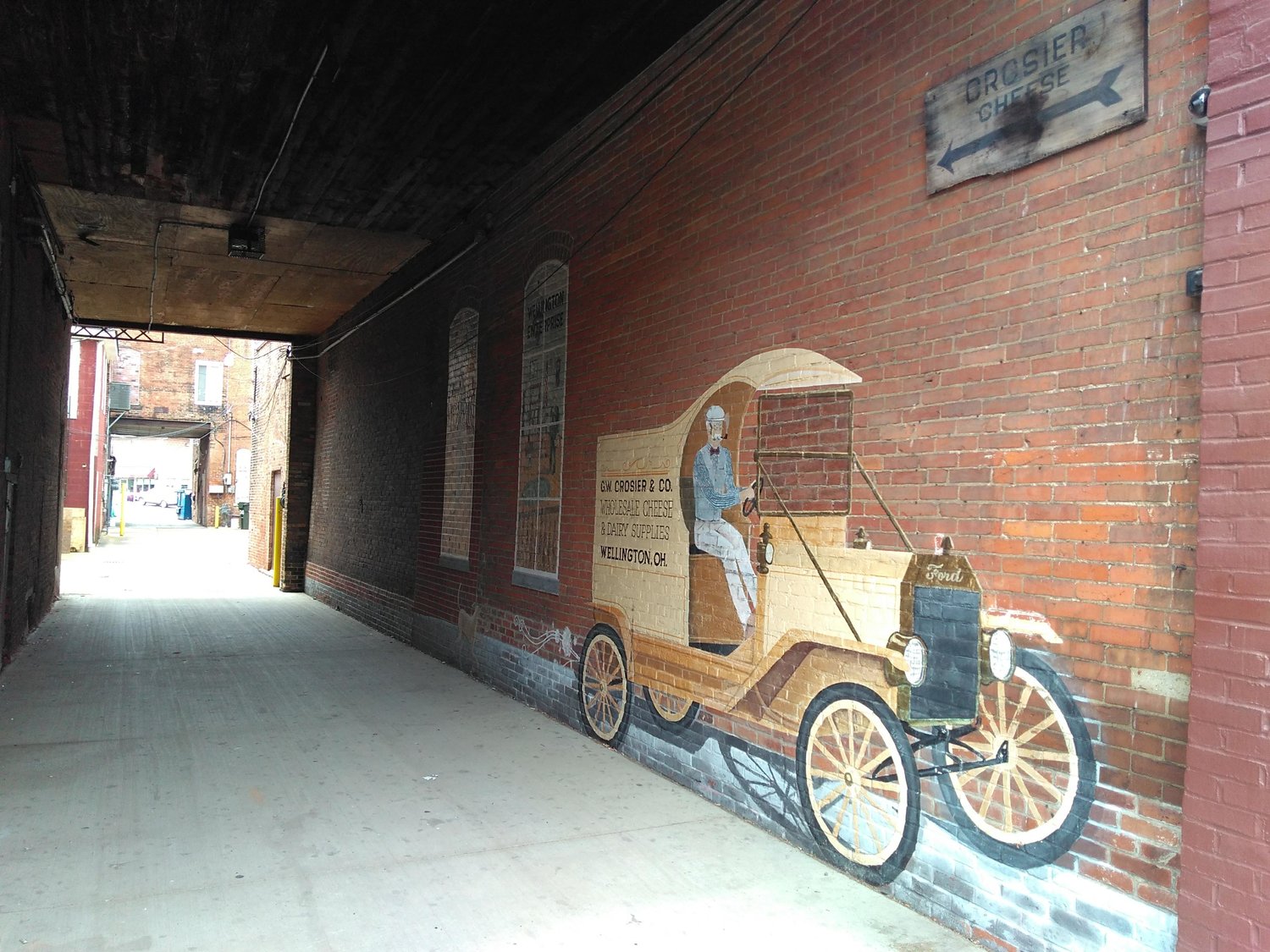 Before the advent of modern refrigeration, the tremendous amount of milk produced by the farm's 1000 dairy cows was converted into cheese before it could spoil, then shipped to consumers by rail. Prompted by the success of the Horr brothers, more farmers and cheese makers moved to Wellington to get in on the cheese-making game. By 1878, more than forty cheese factories operated in the region, and over half of these were owned by Horr, Warner & Co. At the industry’s peak in 1879, nearly eight million pounds of cheese were shipped through Wellington- the village was “The Cheese Capital of the World,” indeed! 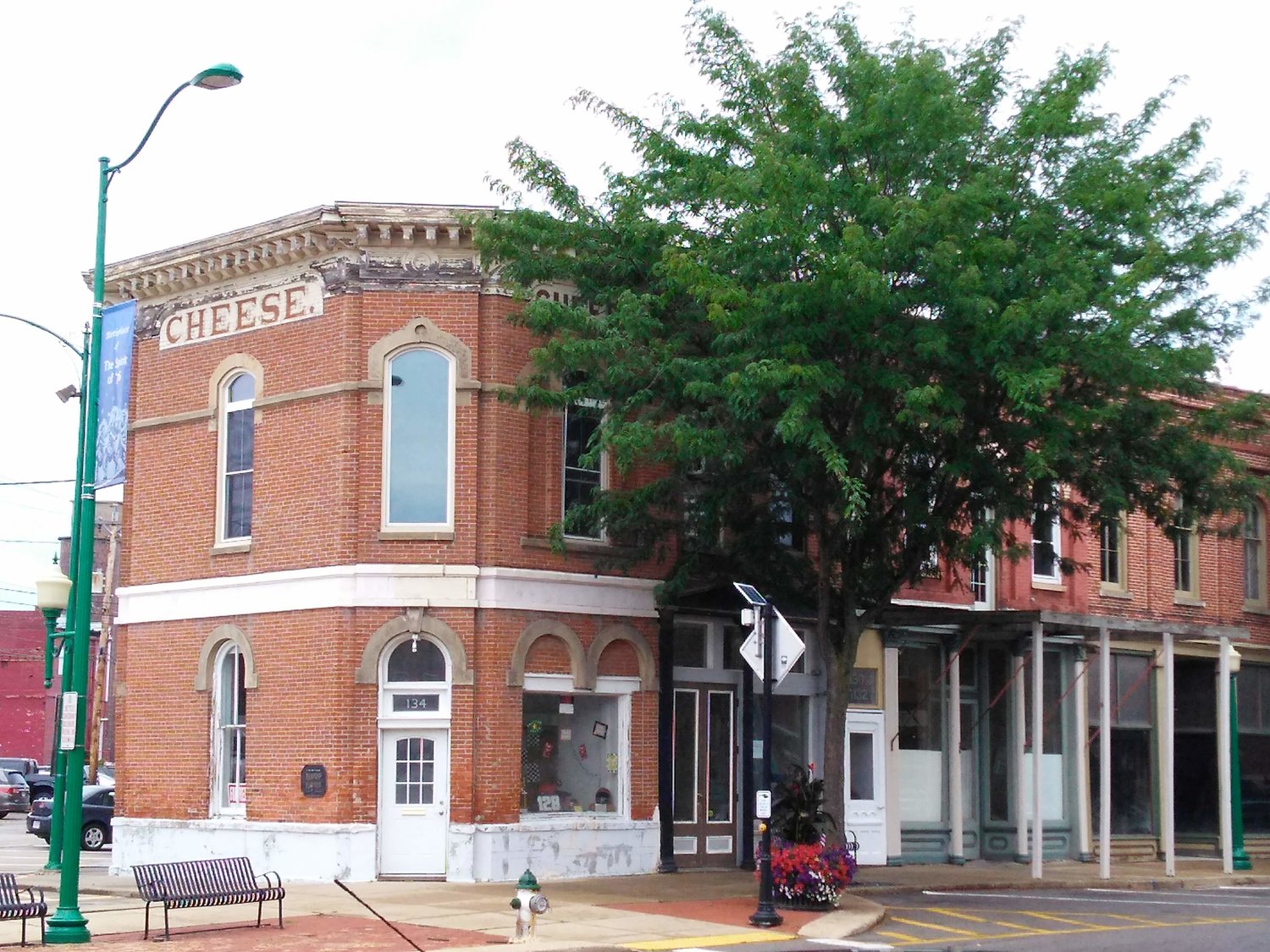 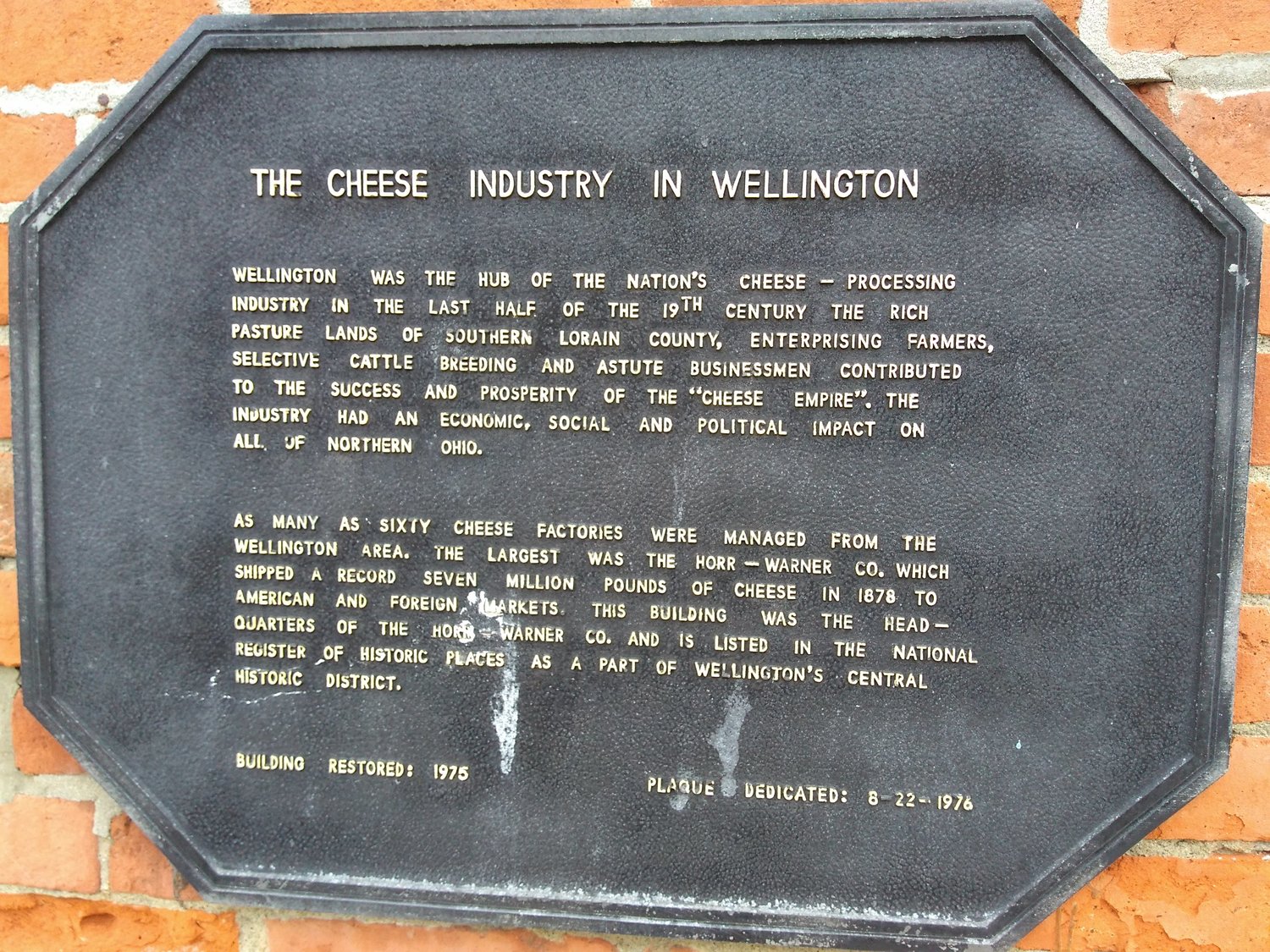 Within walking distance of Horr, Warner, & Co.'s former building is the C.W. Horr House, built in 1870 for the businessman and his family. Horr's home is one of the many elegant houses lining South Main Street, and they come in all shapes and sizes. If one is up for the challenge, there is a delightful walking tour featuring the historic homes available here, scroll down for the link to the .PDF. 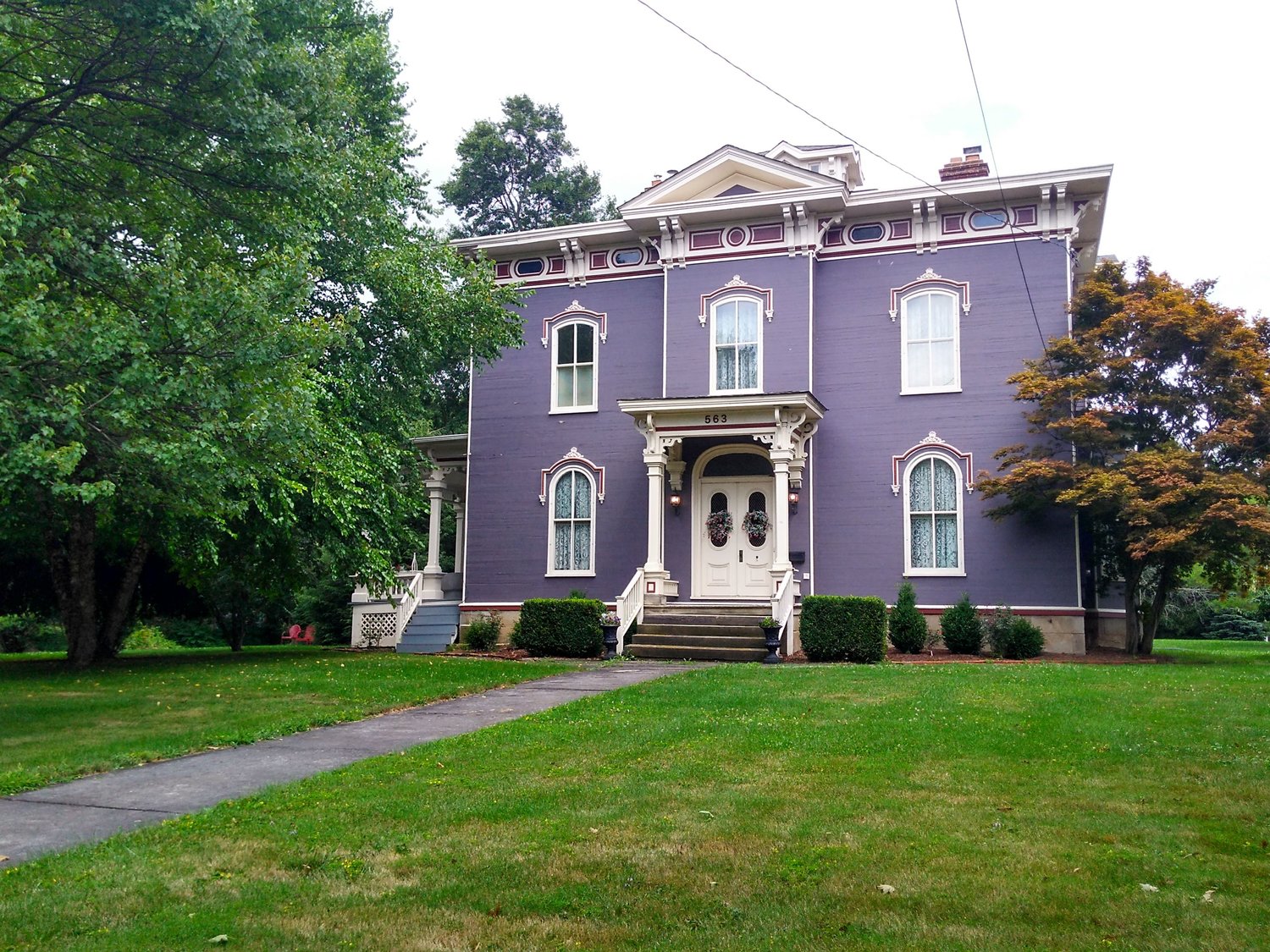 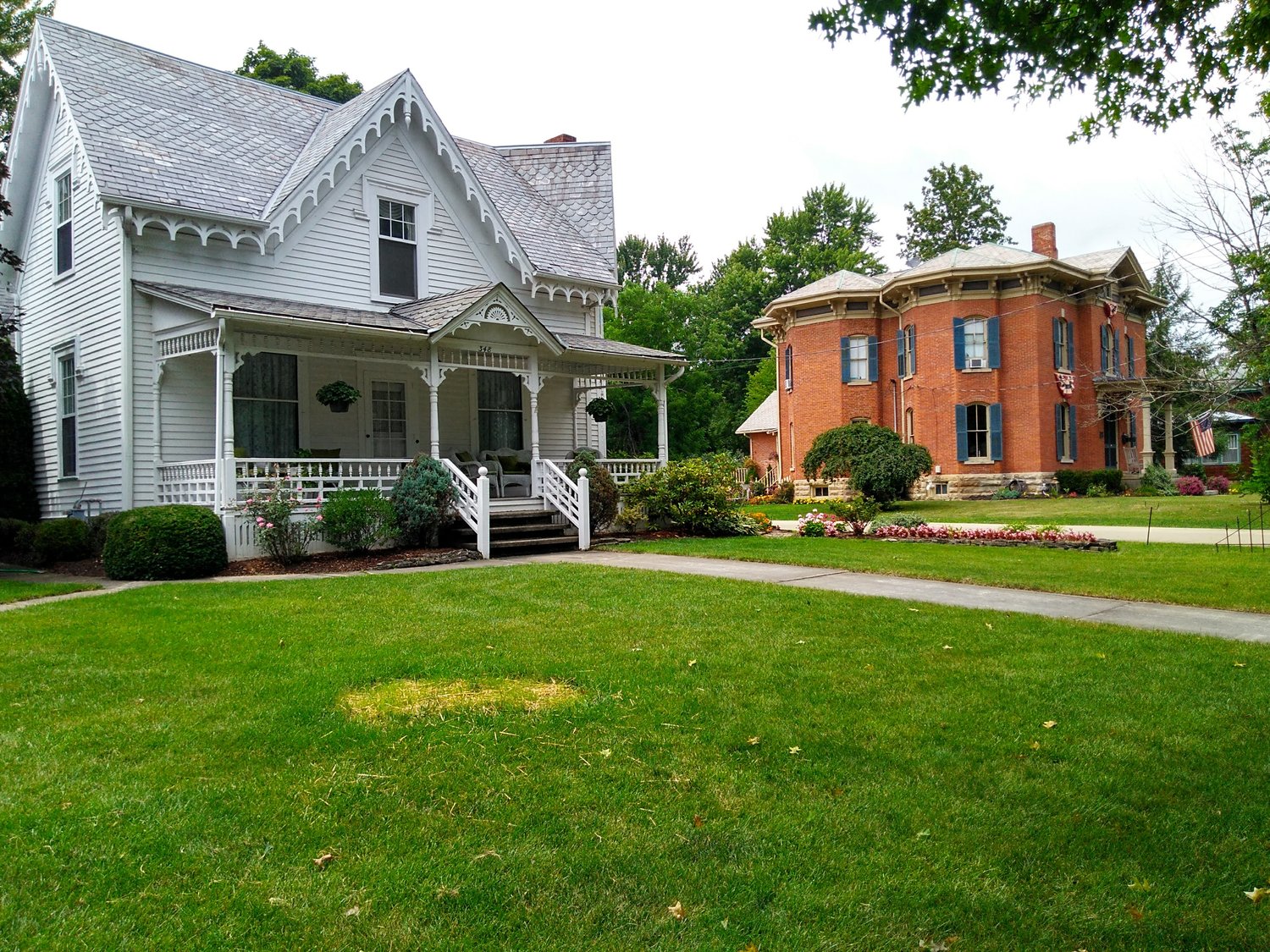 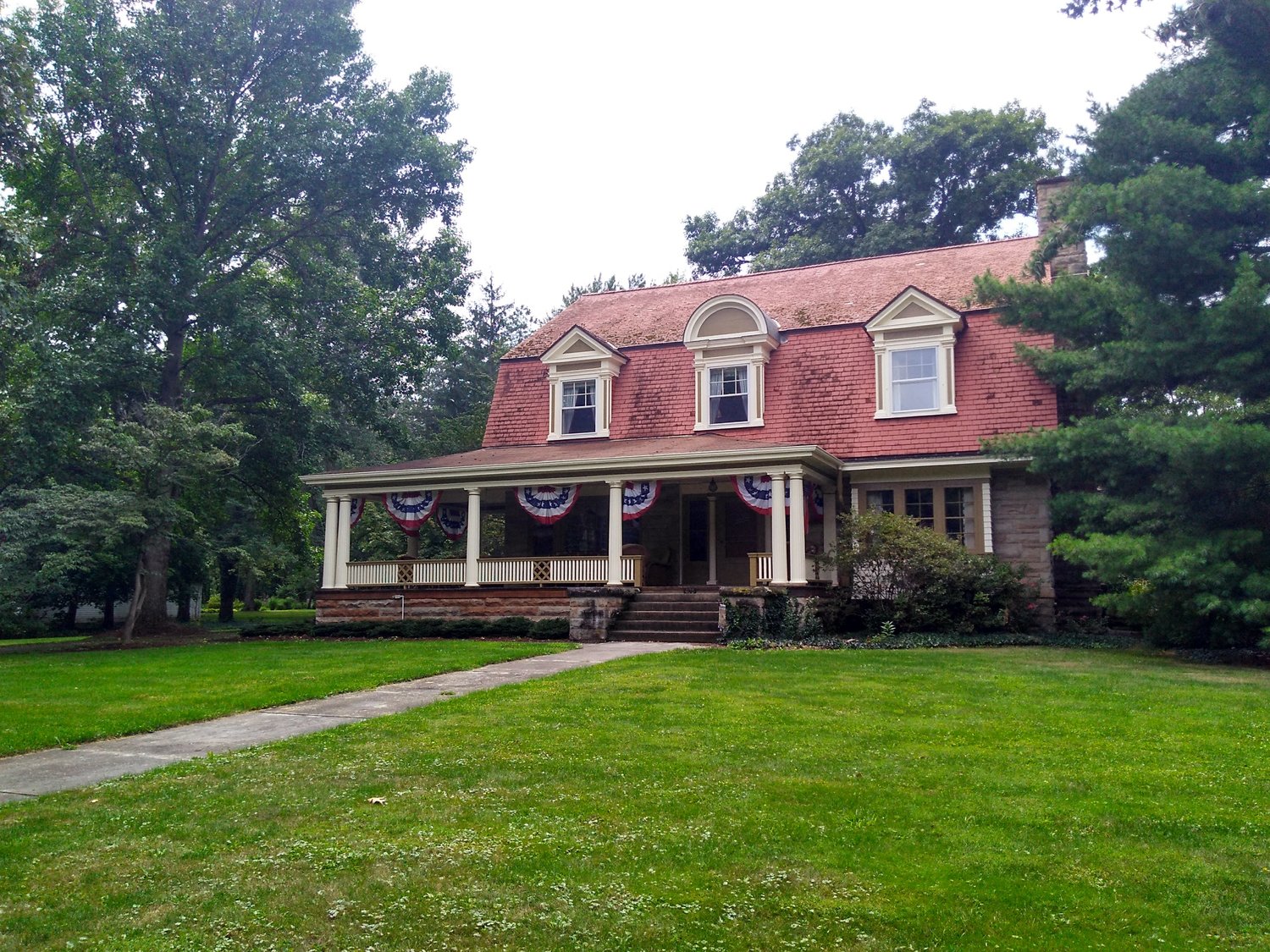 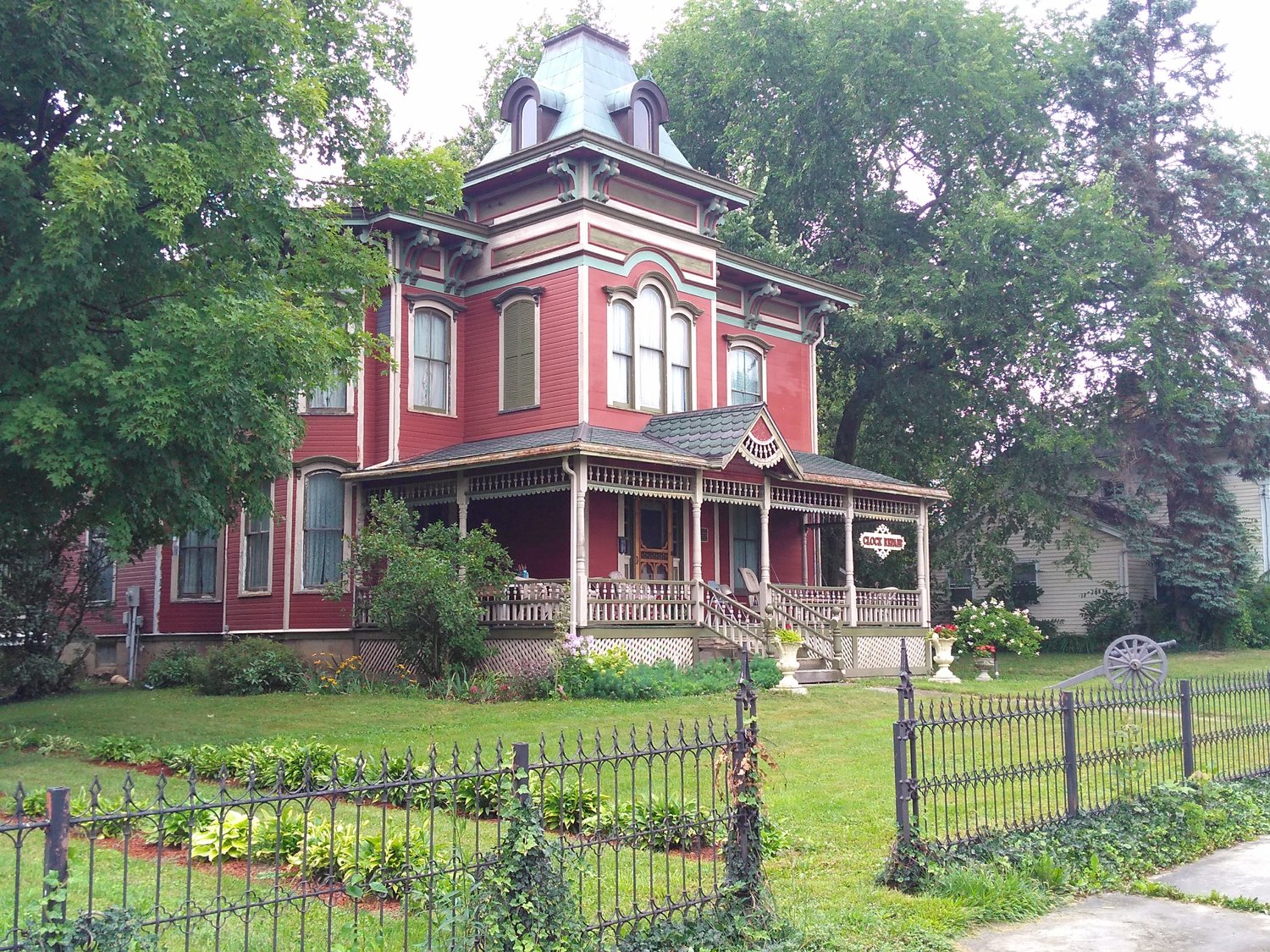 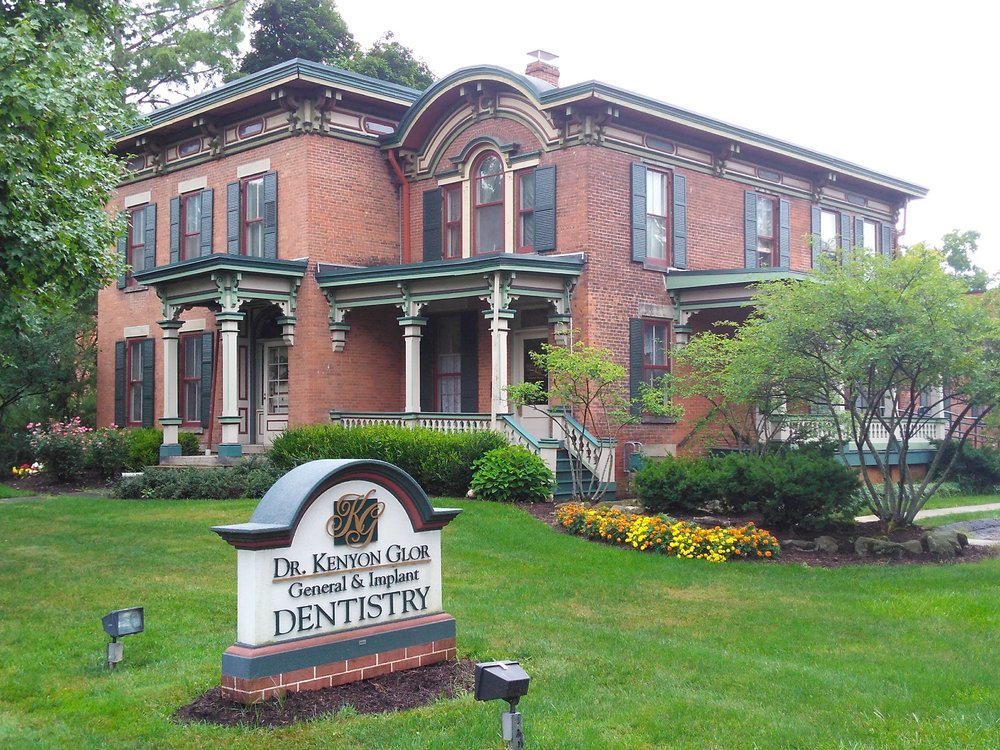 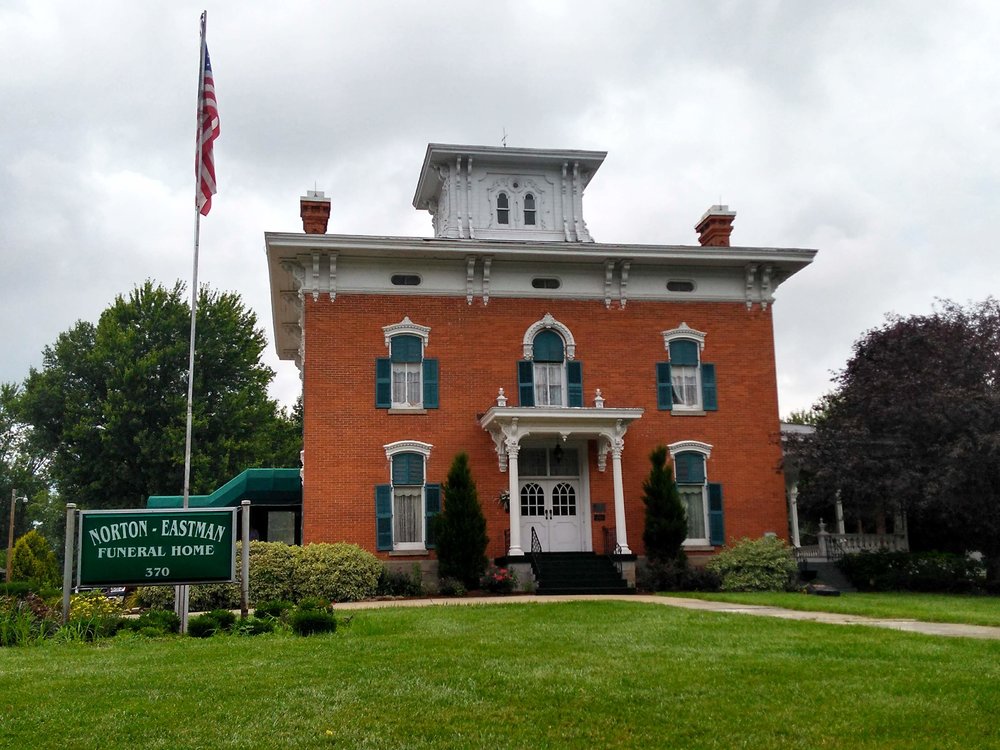 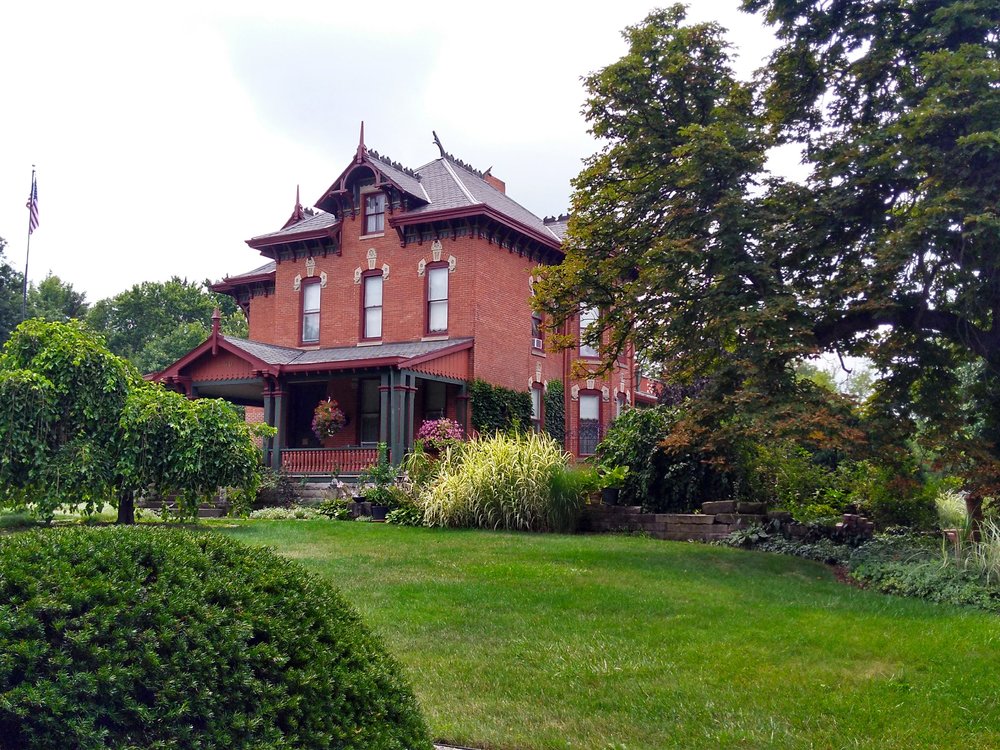 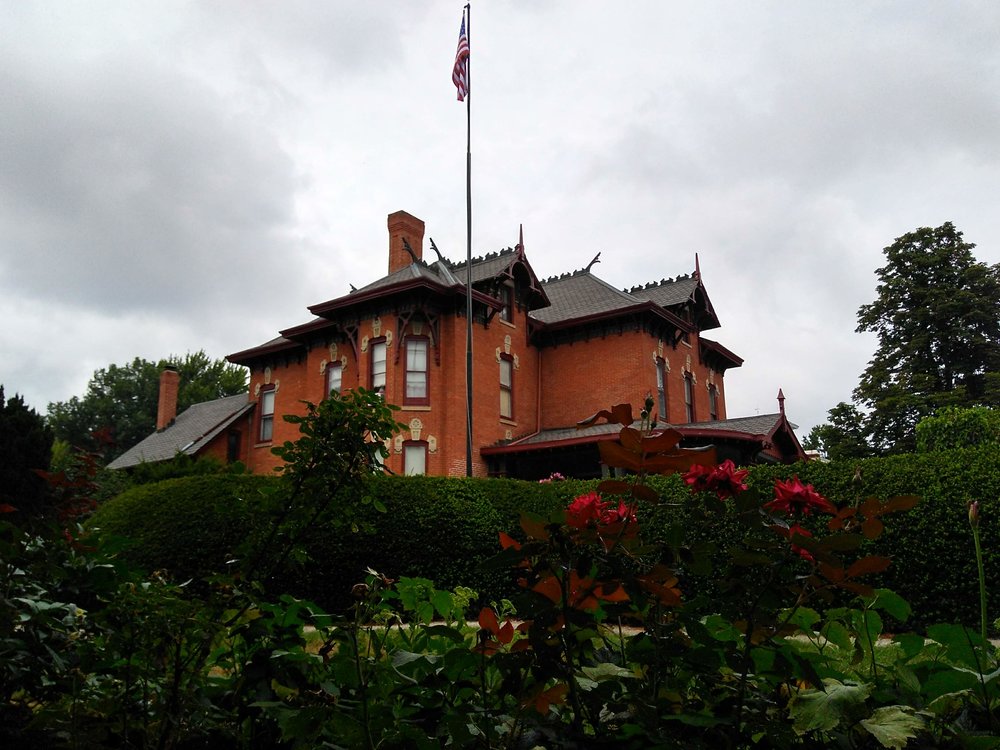 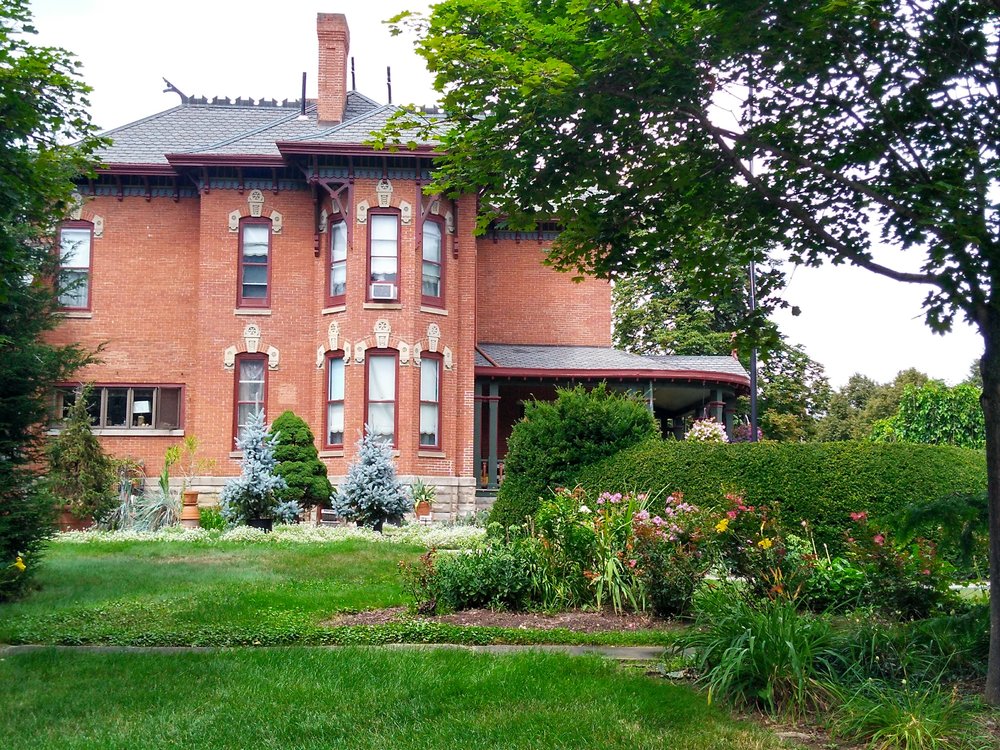 Most of the properties are immaculately cared for by their proud owners, with tidy paint jobs and lush gardens. The Watson Wean House (380 S. Main), featuring Wellington's eclectic architectural mishmash (stick, Italianate, and Asian, respectively), is no exception. 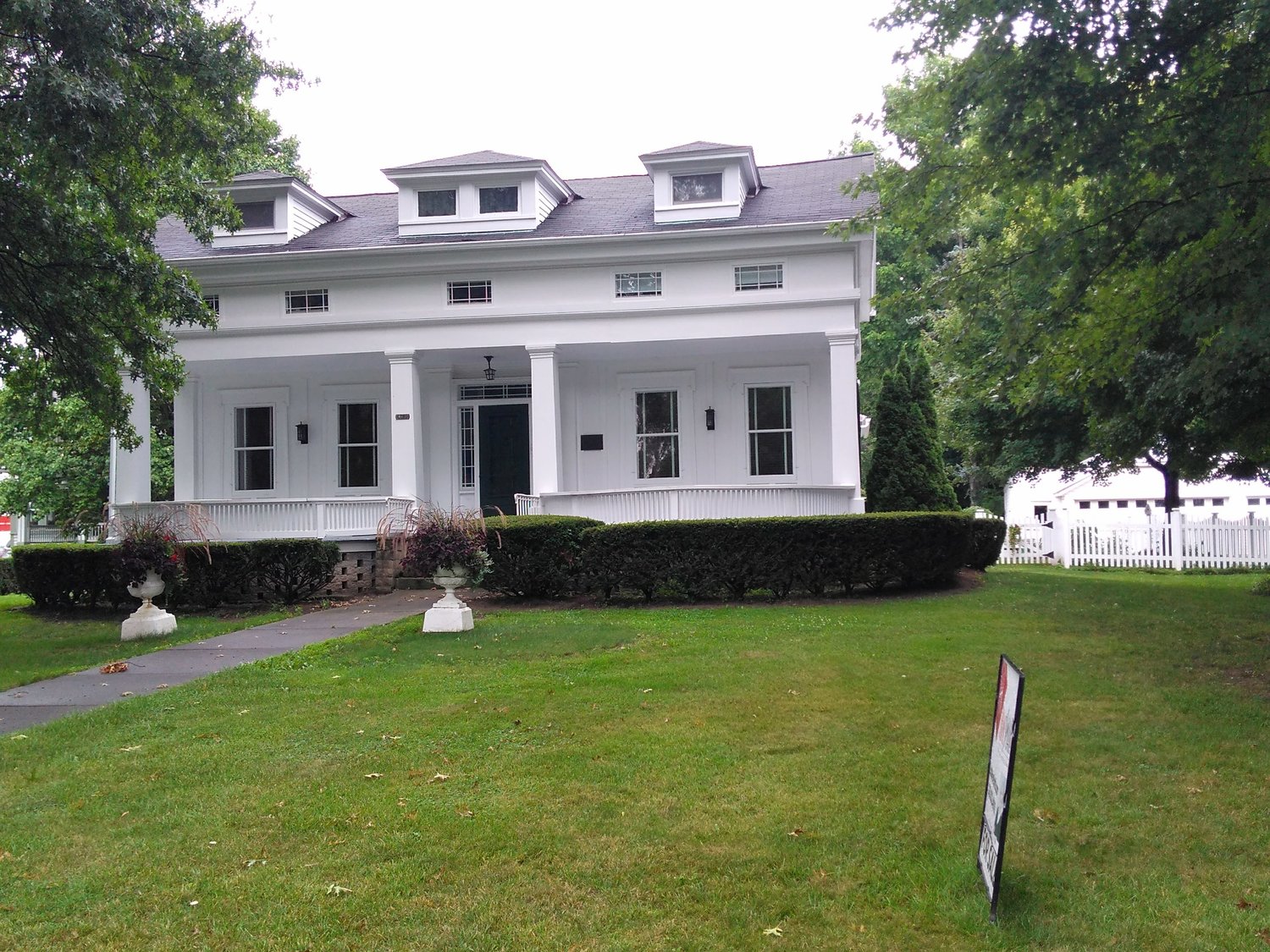 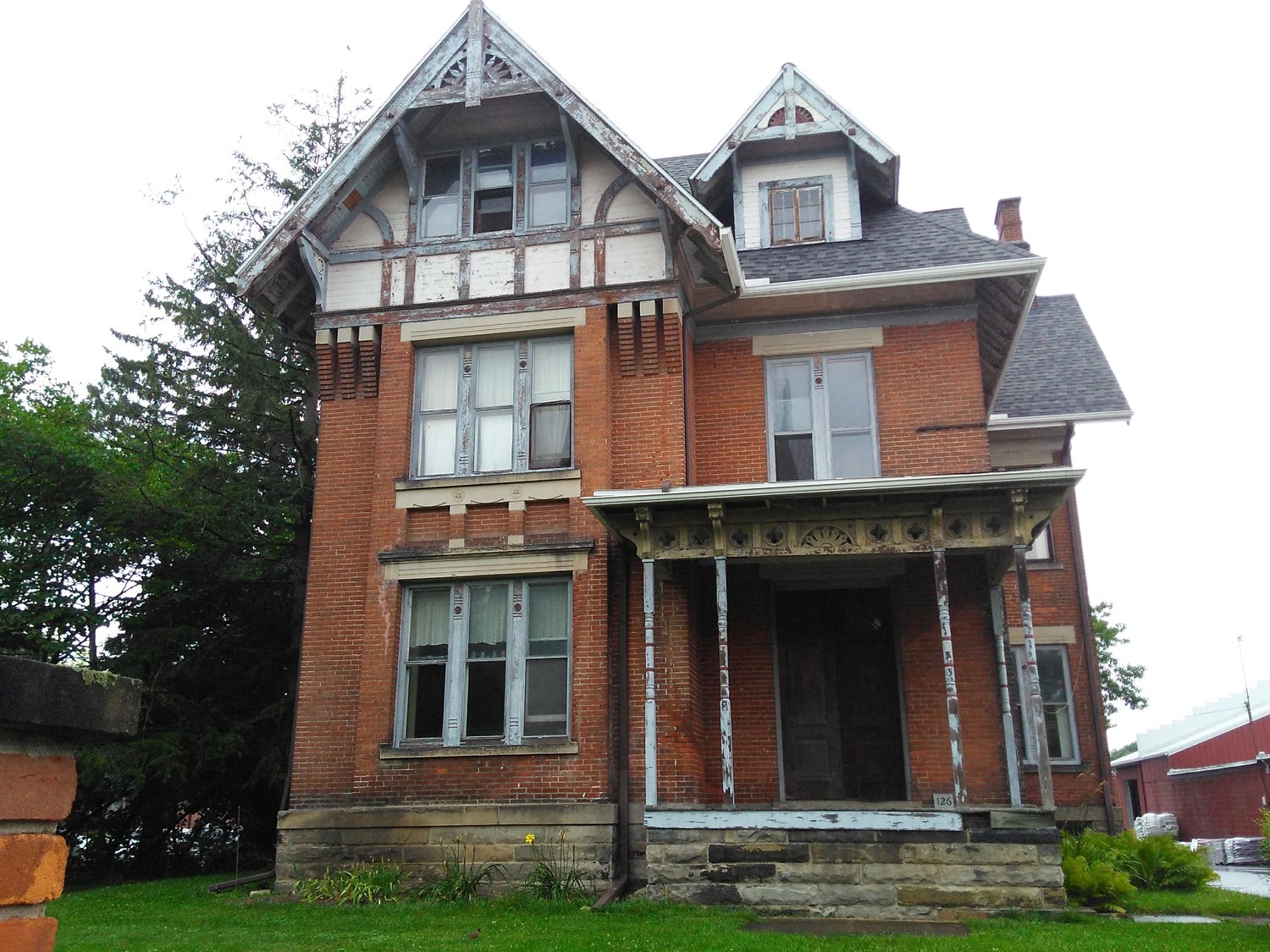 Between the Town Hall and assorted houses, architecture enthusiasts will find plenty to look at in Wellington.

Finally, you can't speak of Wellington without mentioning the .... 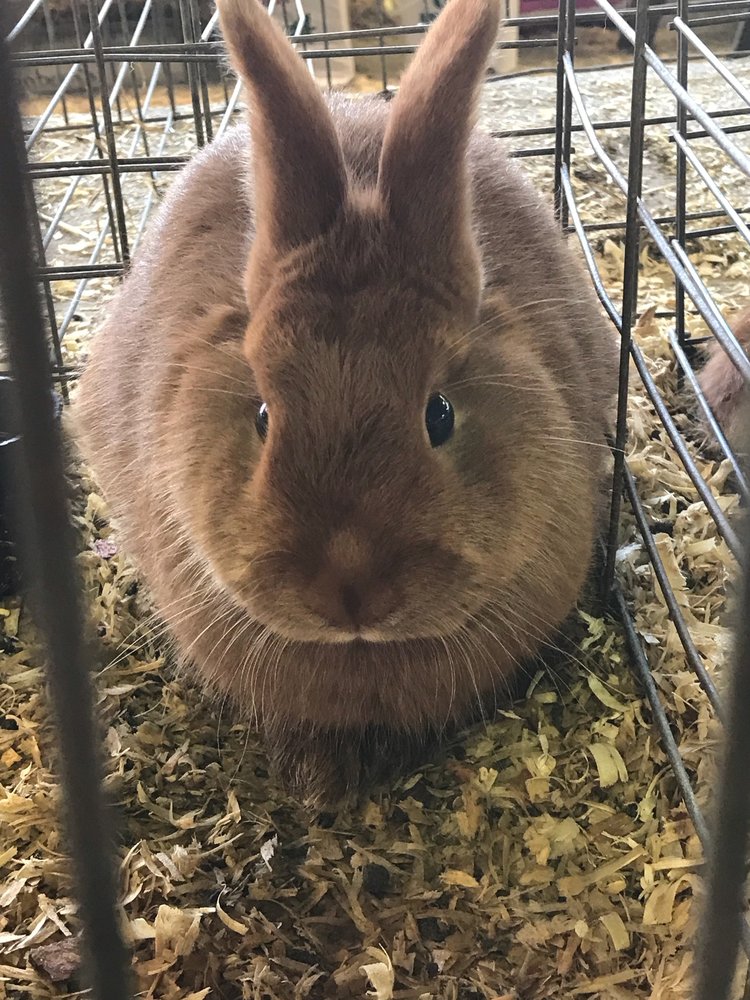 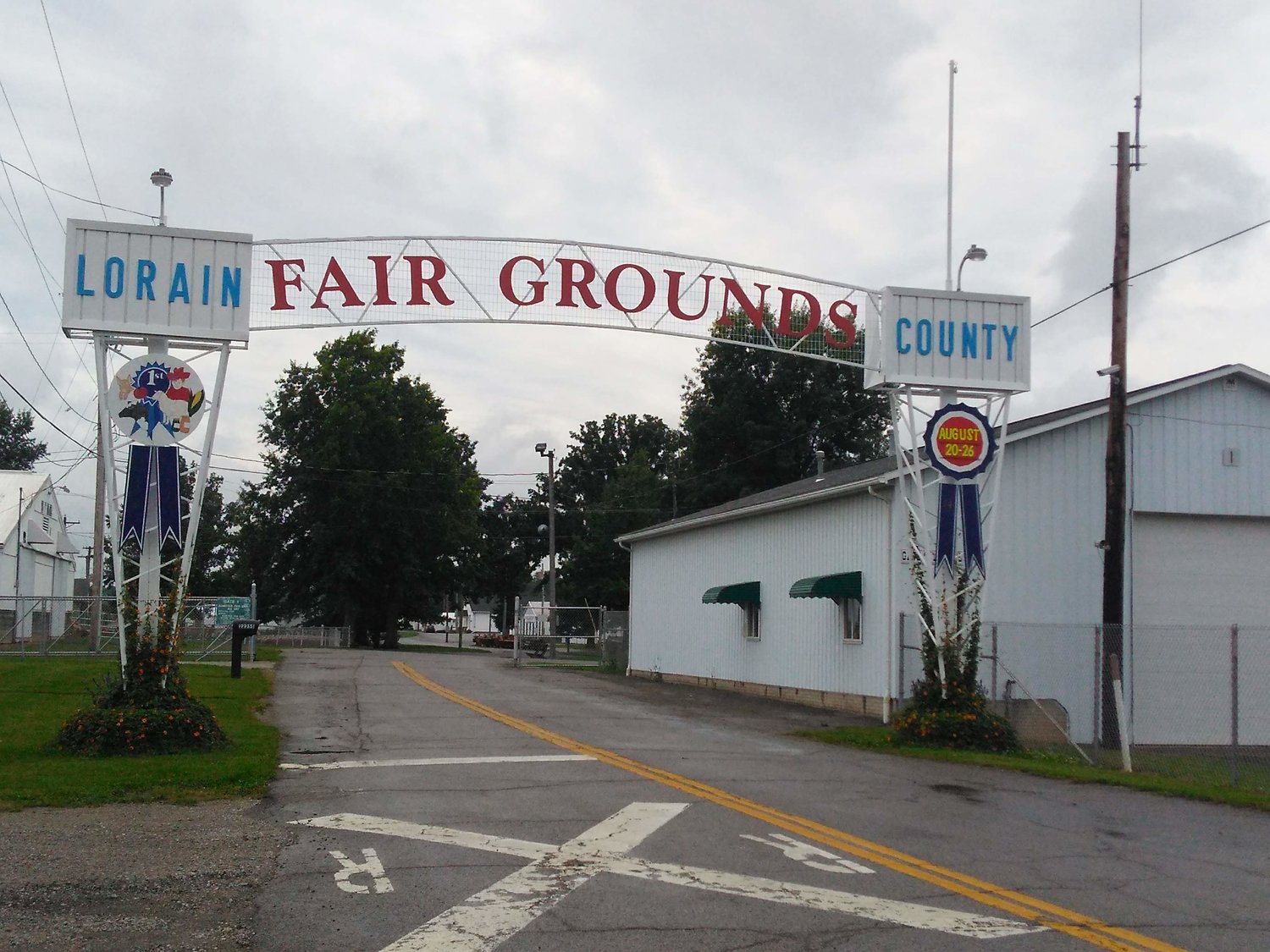 Since 1941, the end of August has brought the end of summer to school children and the Lorain County Fair to Wellington. Organized in 1846, the Lorain County Agricultural Society hosted the annual fair in Elyria and Oberlin before the Lorain County Fair was merged with the Wellington Independent Fair. Moved to the current site in 1941, the Lorain County Fair celebrates its 173 year this August 20 through 26. This year promises more bucolic fun for everyone, featuring country music performances, harness racing, draft horse and pony hitch horse pulls, animal shows, shopping, rides, food, and the ever-popular demolition derby. Tickets to the various events are available on-site at the Fair Secretary’s Office, as well as online. As the second-largest county fair in Ohio, the goal of the Fair is, according to its website, “to educate people about animals and to hold a family-oriented event that represents the high standards that have been set over the many years.”

It's easy to merely drive through Wellington, just another small town crisscrossed by state routes. But a glance out the window hints at something beyond the pavement, at a little village with a great history, and the spark for a considerable future. 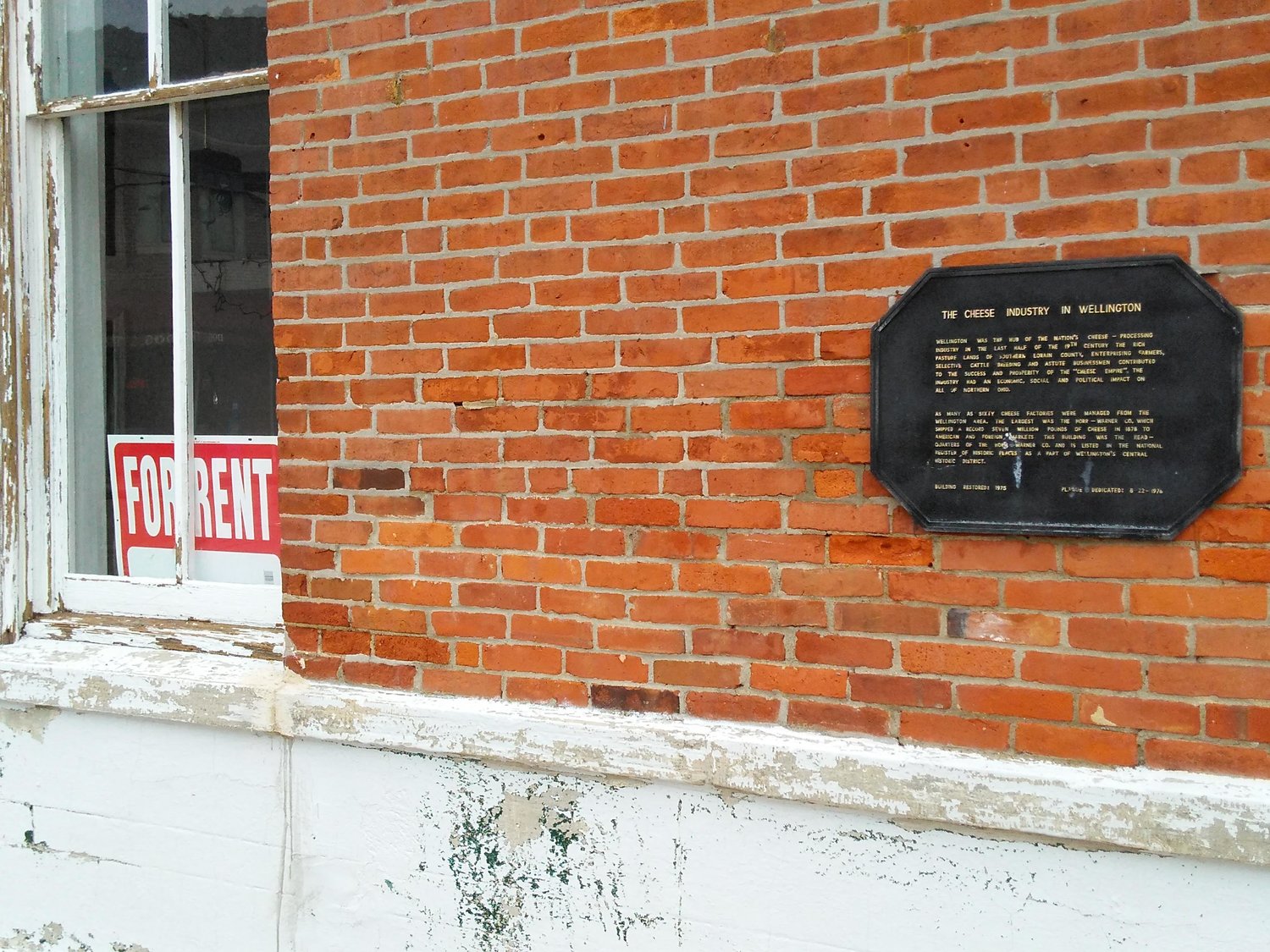