In charming downtown Canton sits the “Grand Lady of Market Avenue,” a three-story brick house that is quintessentially Victorian: a wrap-around porch, arched windows, and architectural details and chimneys galore. 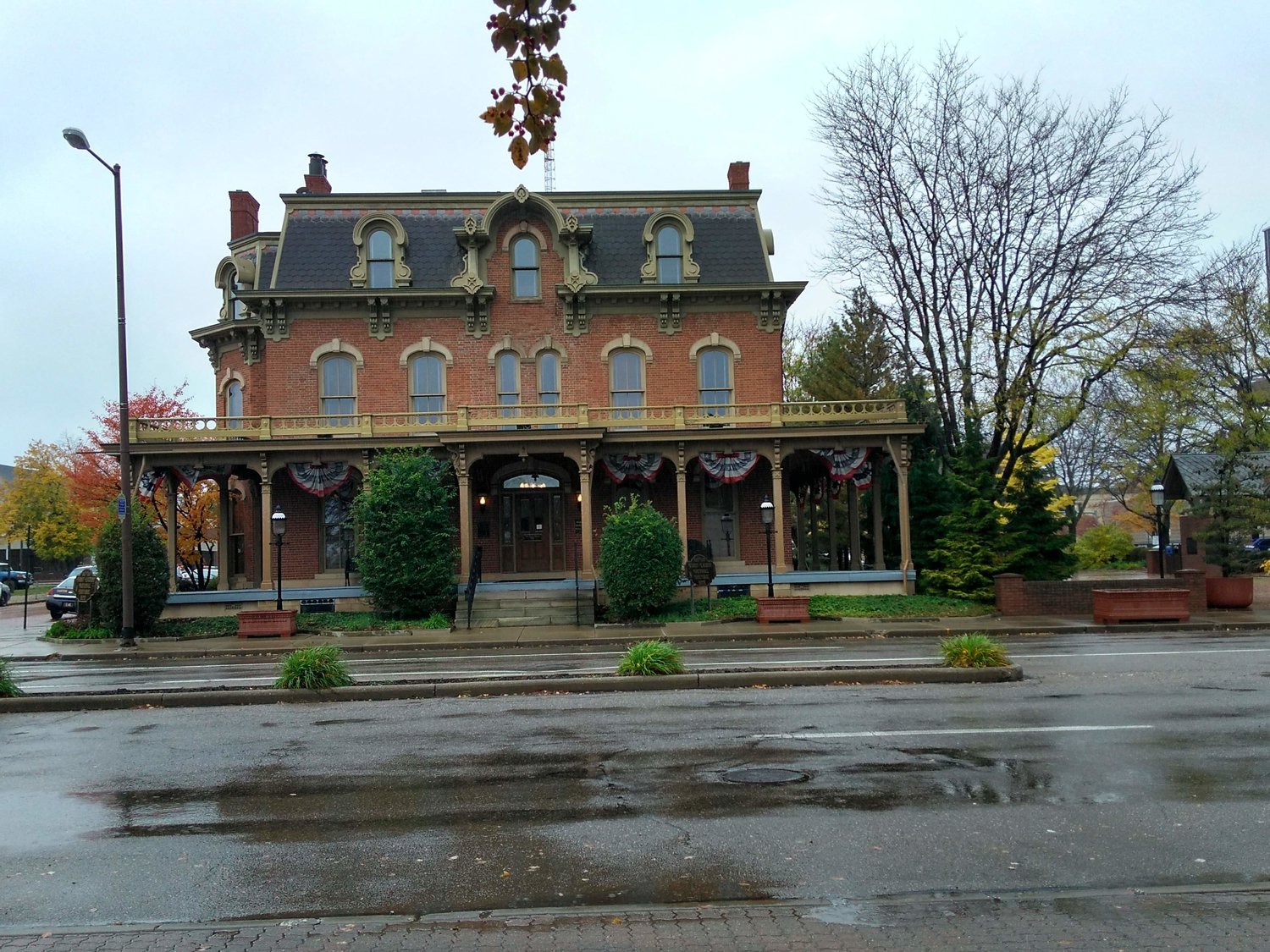 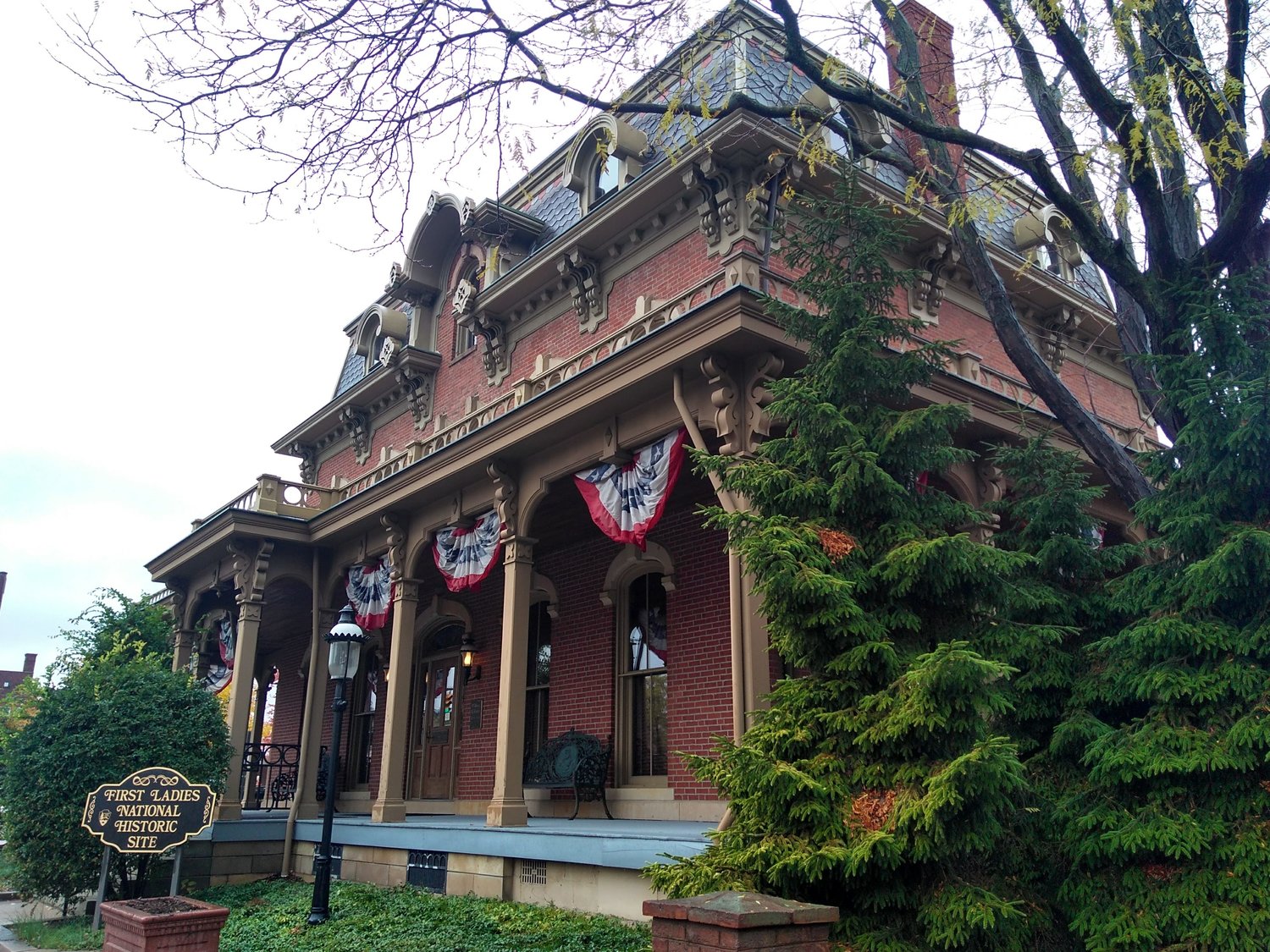 Originally built in 1841 by George DeWalt (1794-1850), the house was expanded around 1865 by his son-in-law James Saxton (1816-1887), a prominent Canton banker and father of three children, of whom Ida was the eldest. In regards to his daughters, James Saxton was unusually progressive for the era. He provided Ida and Mary with quality educations, sent them on a Grand Tour of Europe, and hired Ida at his bank, where she quickly rose to the rank of cashier and, in his absence, manager. 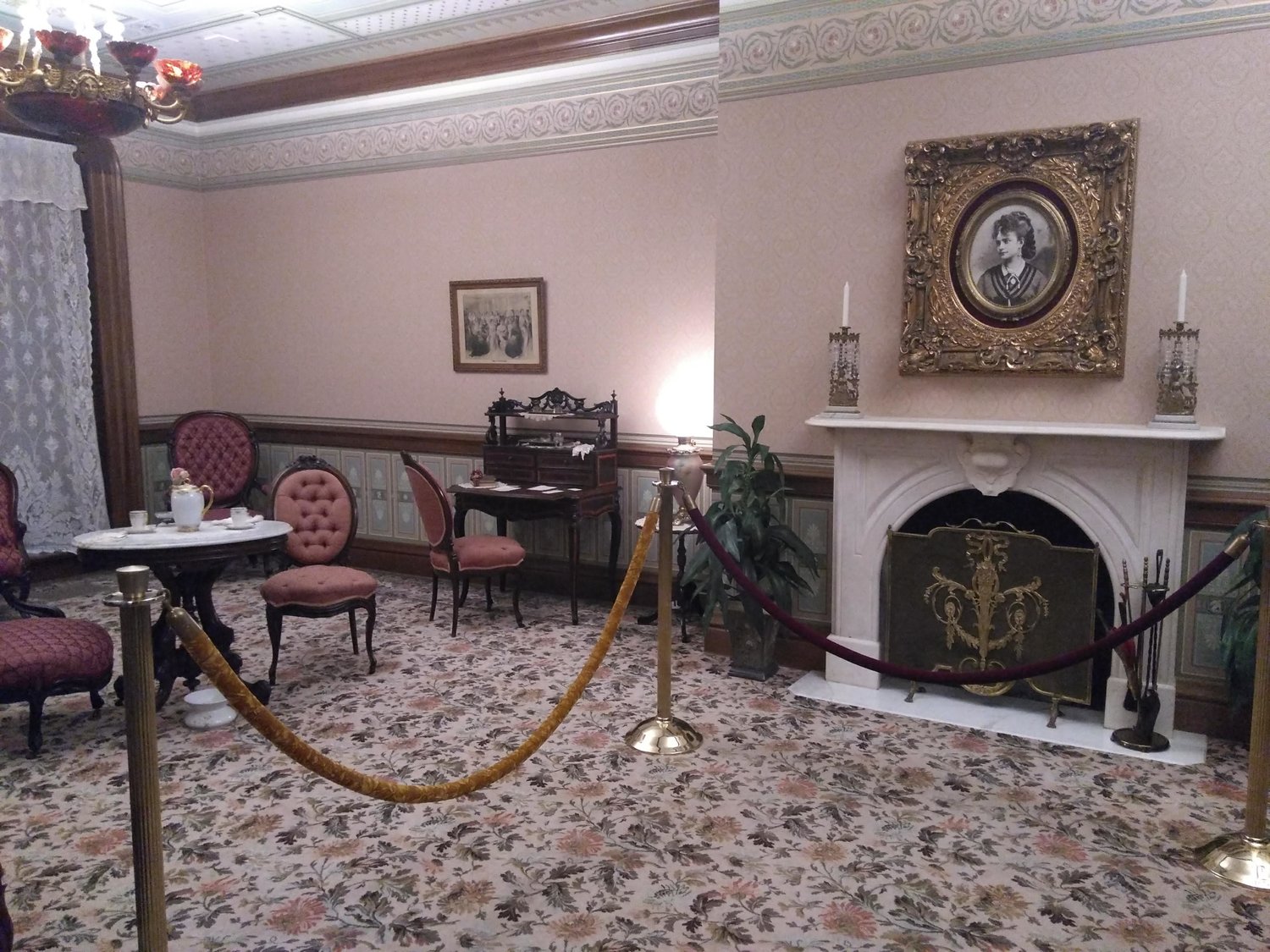 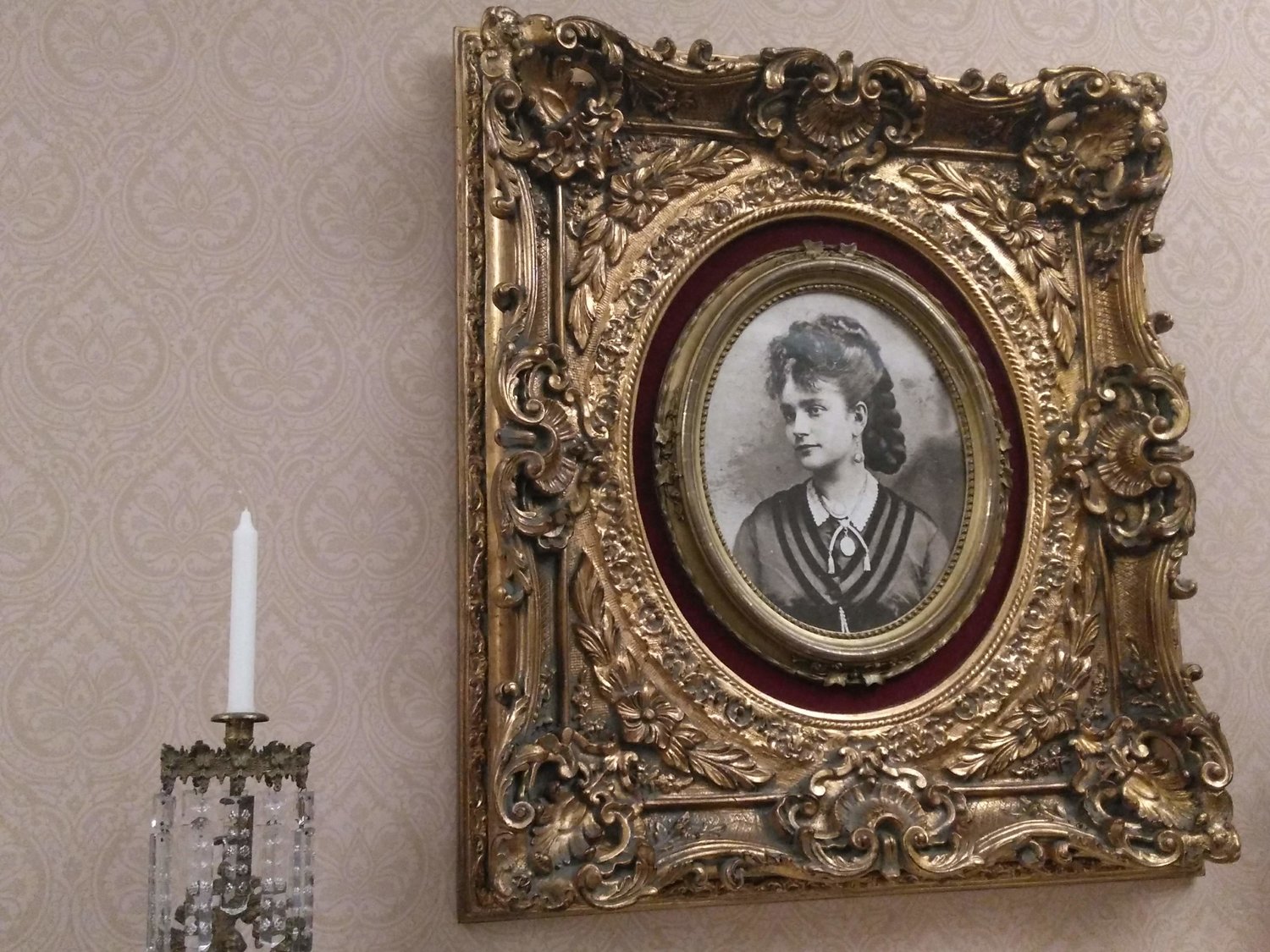 A portrait of Ida hanging over the mantel in the parlor shows her as a very elegant and fashionably dressed (and coiffed) young woman. Instead of looking out at the viewer, she glances past the photographer and out of the frame, her eyes bright with an expressive thought. Needless to say, when Major William McKinley caught sight of the intelligent, pretty bank cashier at a summer picnic in Canton in 1867, he was smitten. (Though Ida stated, for her at least, it was not “love at first sight.”) They married in 1871, and the couple lived in Ida’s family home between 1878 and 1891. 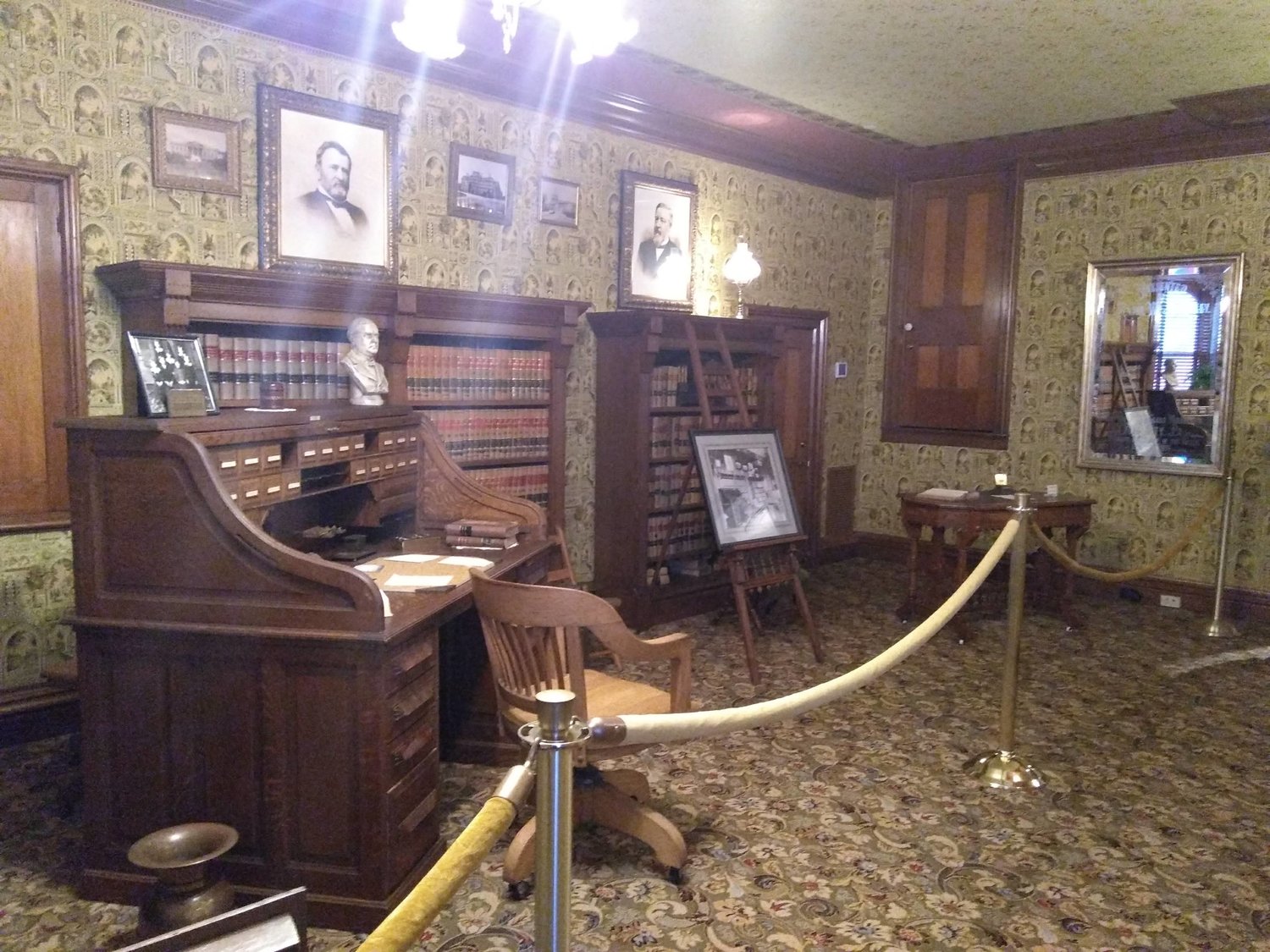 For visitors first arriving on Market Avenue, the “Grand Lady” conjures up such tantalizing stories as these, but a proper visit to the site starts a short walk down the street, at the National First Ladies’ Library. Incorporated in 1997, the Library’s mission is to “preserve, promote and educate about the significant role of First Ladies of the USA and their contributions throughout history,” according to their website. In 2000, the First Ladies National Site was established as the 380th unit of the National Parks Service by President Bill Clinton. In addition to the Saxton-McKinley House, this also includes the 1895 City National Bank Building, where our sojourn begins. 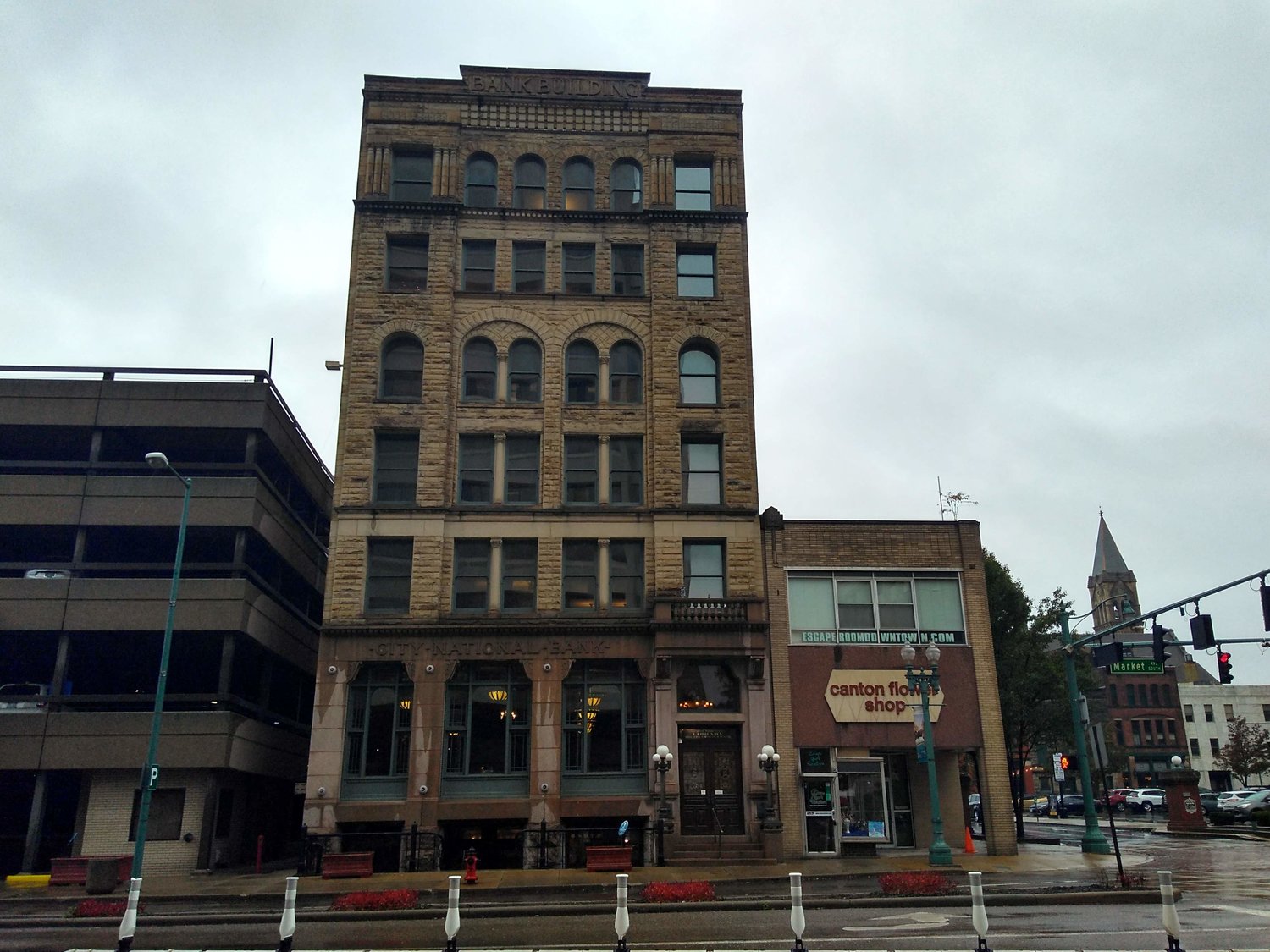 The Bank is a suitably dashing host for the trappings of First Lady-dom, with soaring ceilings, high windows, and polished surfaces. This area serves as a more traditional “museum” experience as well as a jumping off point for the house tour. The current exhibit (November 2018), “Life in a Gilded Cage,” explores the official and public duties of the First Lady, chronicling how these have evolved and expanded from century to century, and decade to decade. The role of the First Lady is influenced, not only by the time period in which she serves, but also by her own temperament, personality, and motivators. The letters, photographs, political buttons, and clothing of very different women whose lives span four centuries are woven across the displays, coming together to form a cohesive portrait of what it means to hold the title of First Lady, while that image continues to shift. 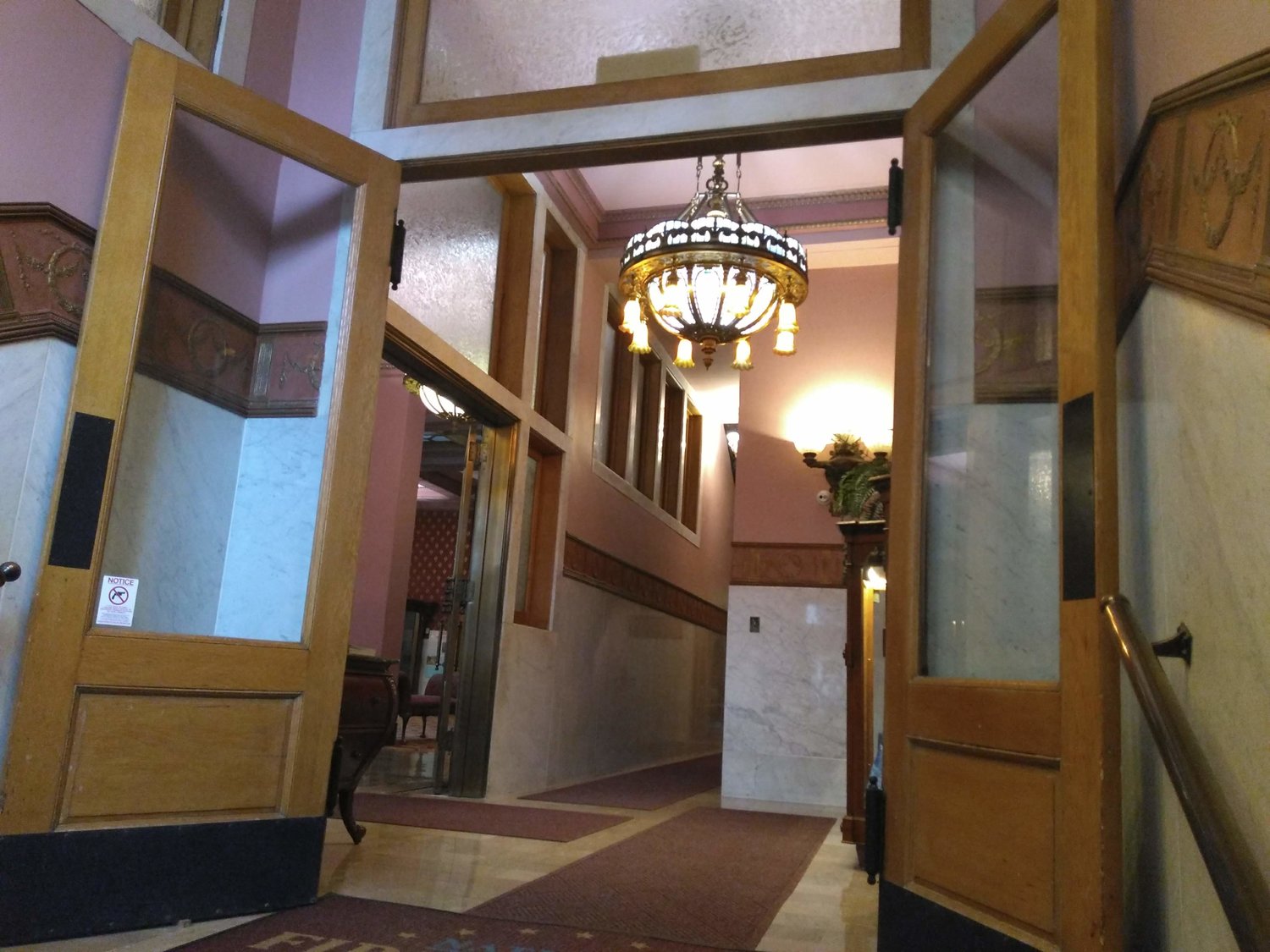 Unlike the Bank, with its rotating displays and intersecting stories of First Ladies, Presidencies, and American history, the Saxon-McKinley House has been restored as it was during the time of Ida and her husband, President William McKinley. My tour was with the delightful Robbin, who began with a brief history of the “Grand Lady” herself: her family, her eventual sale and conversion into a storefront, and her rescue from demolition and reconstruction into the historic site that she is today. Fortunately, photographs taken of the original interiors exist and were used to recreate the wallpaper, curtains, carpets, and rugs, while many of the furnishings that belonged to the family were returned, to once more take their proper place in the home. 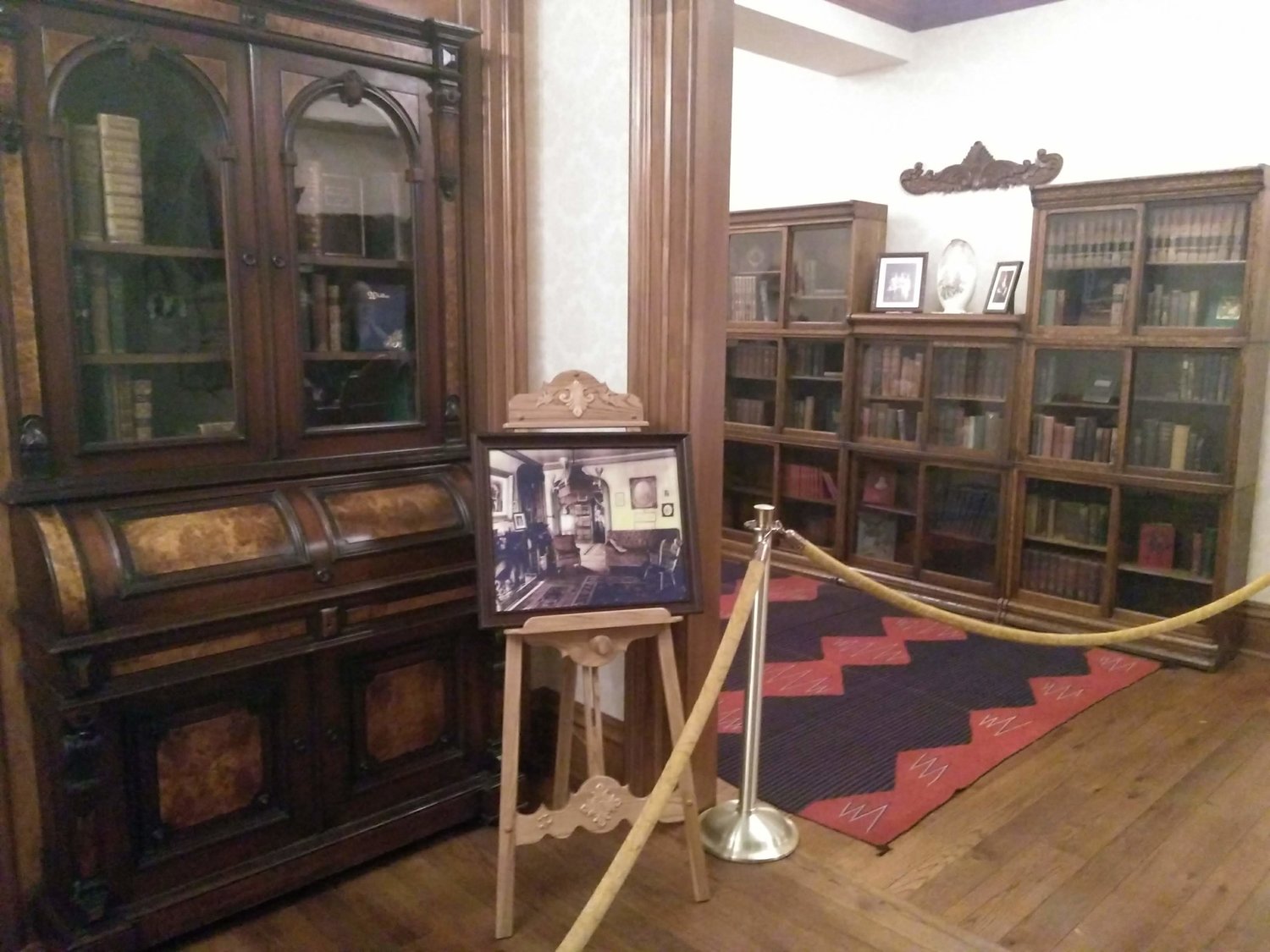 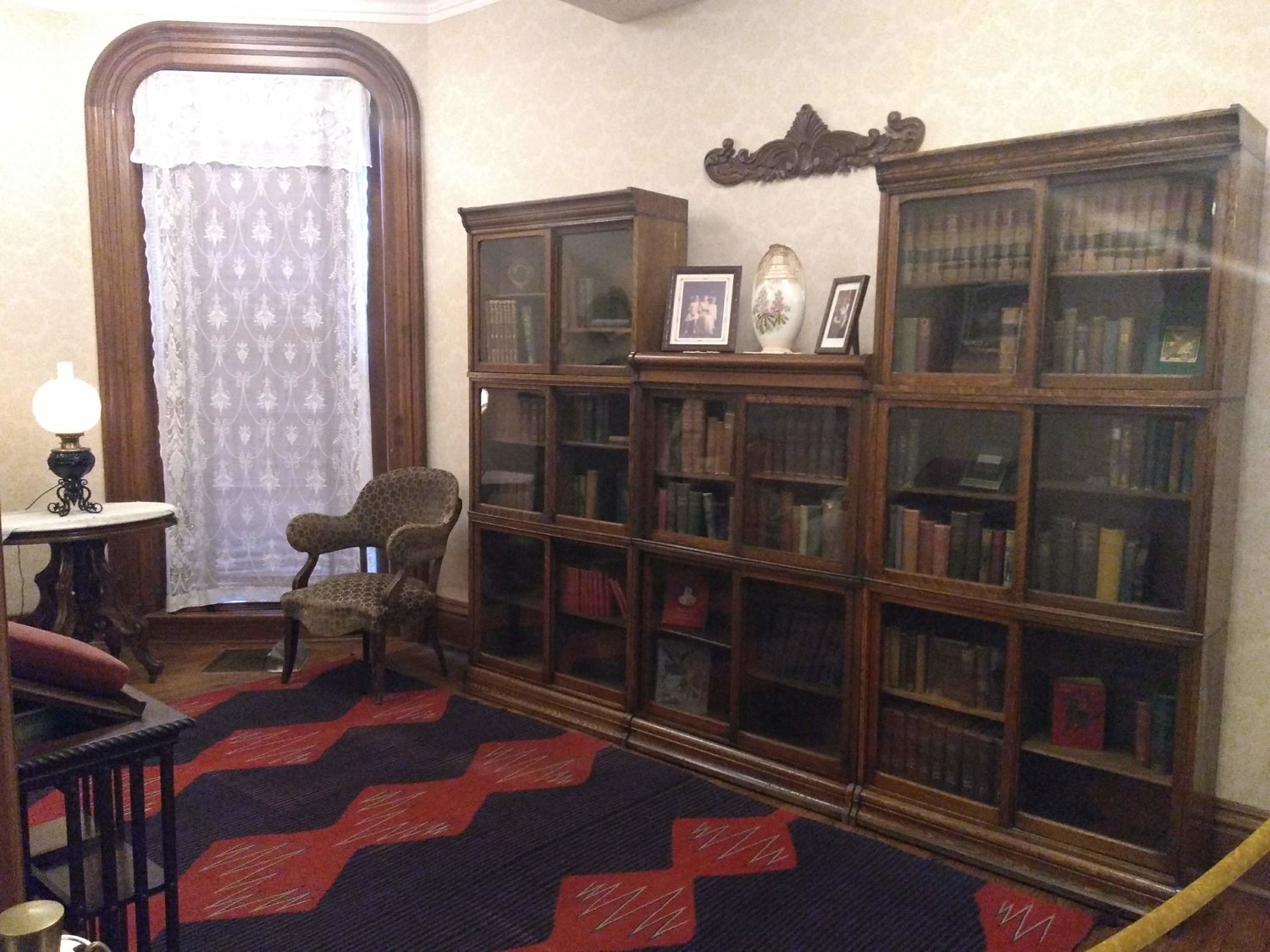 Among the florid trappings of the Victorian decor are the personal items, like Ida’s piano and a pair of the thousands of slippers she knit for family, friends, and charities, making the house feel more like a home, and telling the stories of those who lived there. This is especially true on the second floor, in Ida’s sitting room and bedroom, where the solitary twin bed attests to the loss she suffered on September 14, 1901, when her husband succumbed to the wounds inflicted by the bullets of an assassin. Ida passed away on May 26, 1907, in Canton. She is interred at the McKinley Monument in the city, with her husband and their two daughters. 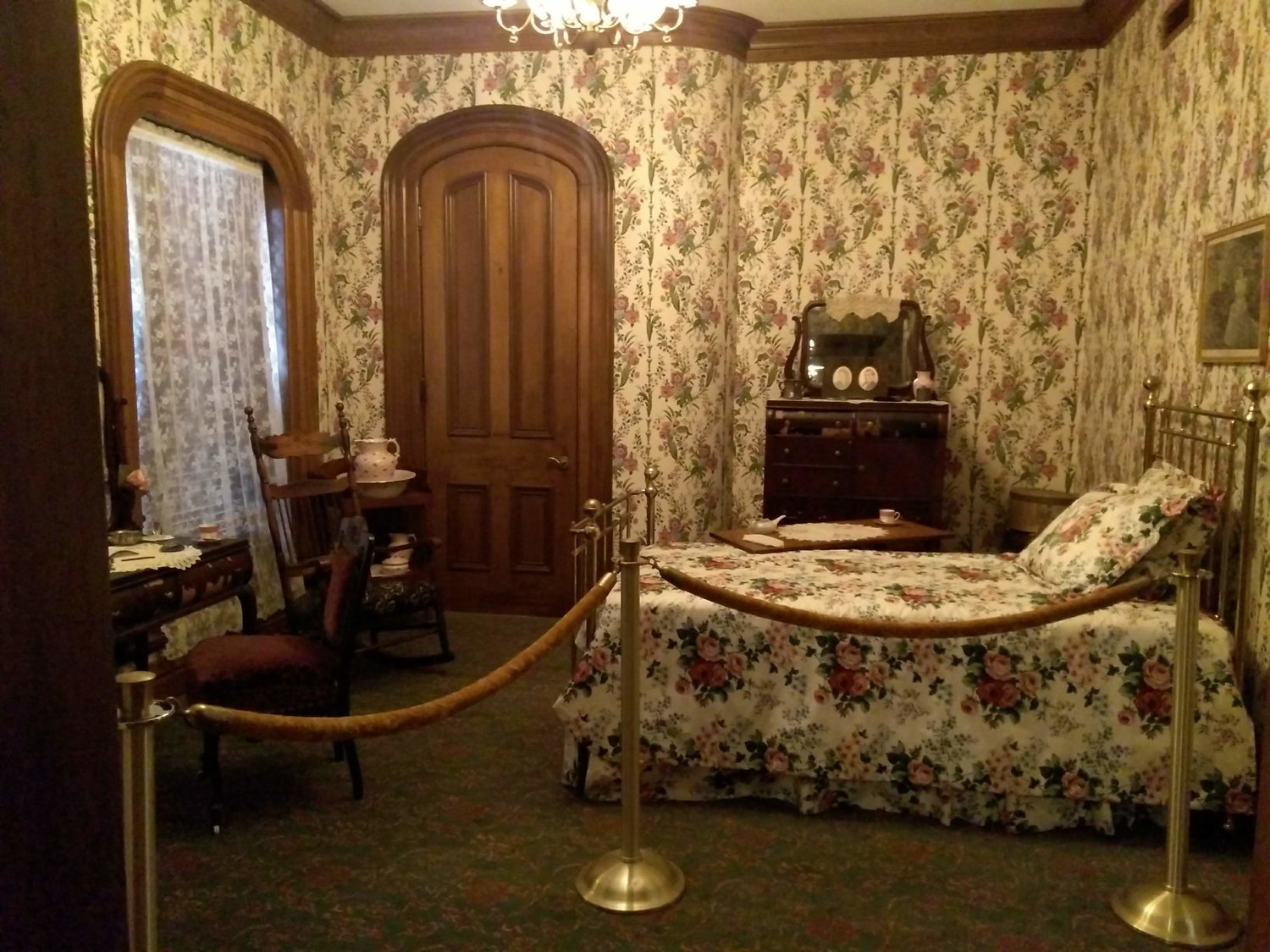 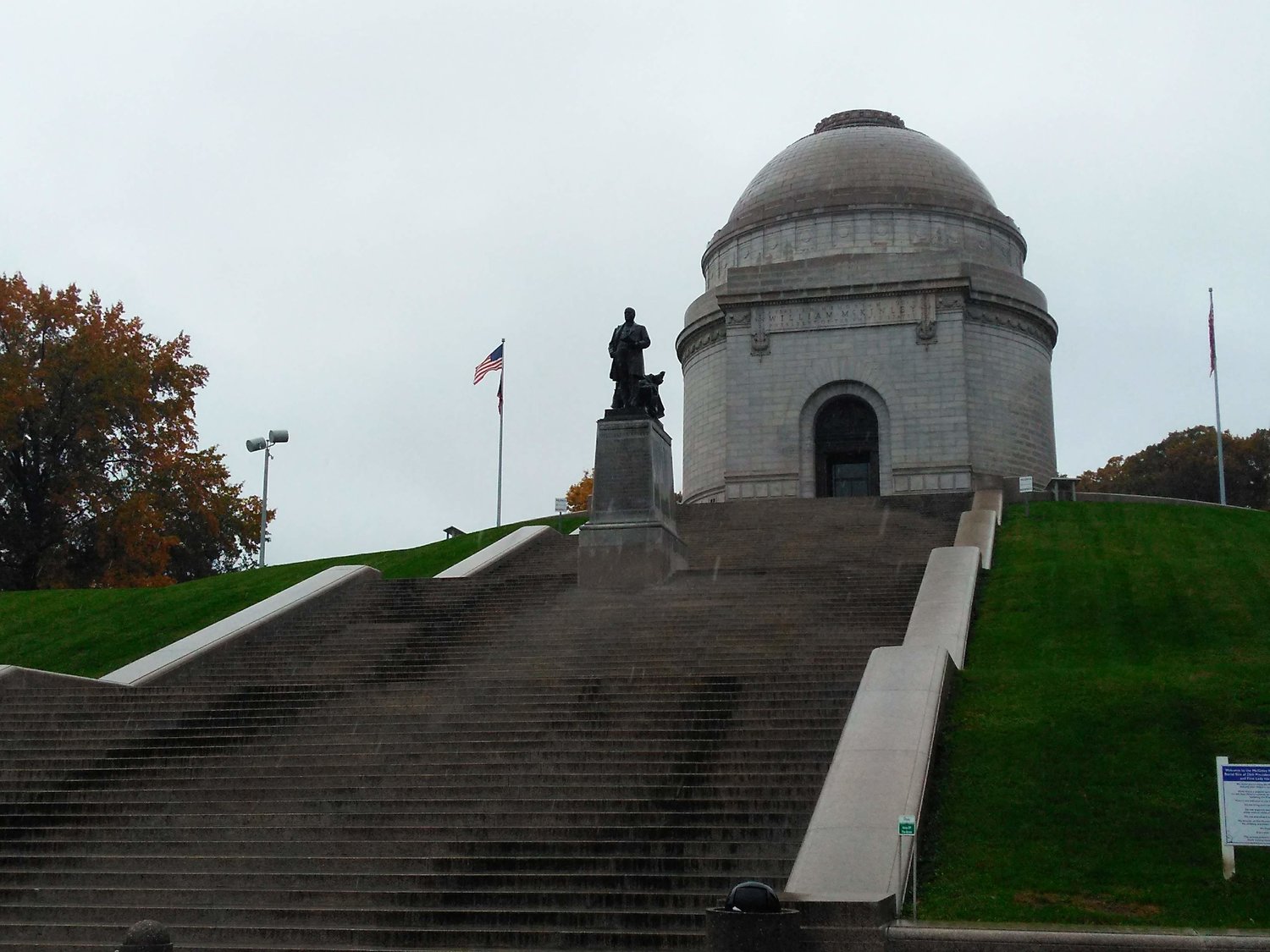 It is fitting, therefore, to make the short drive from the Saxton-McKinley House, where Ida was born, to the McKinley Monument, where she was laid to rest. While it is the President who is immortalized, let us not forget the First Lady at his side, in this life and on into the next. The National First Ladies’ Library is working to ensure we never will. 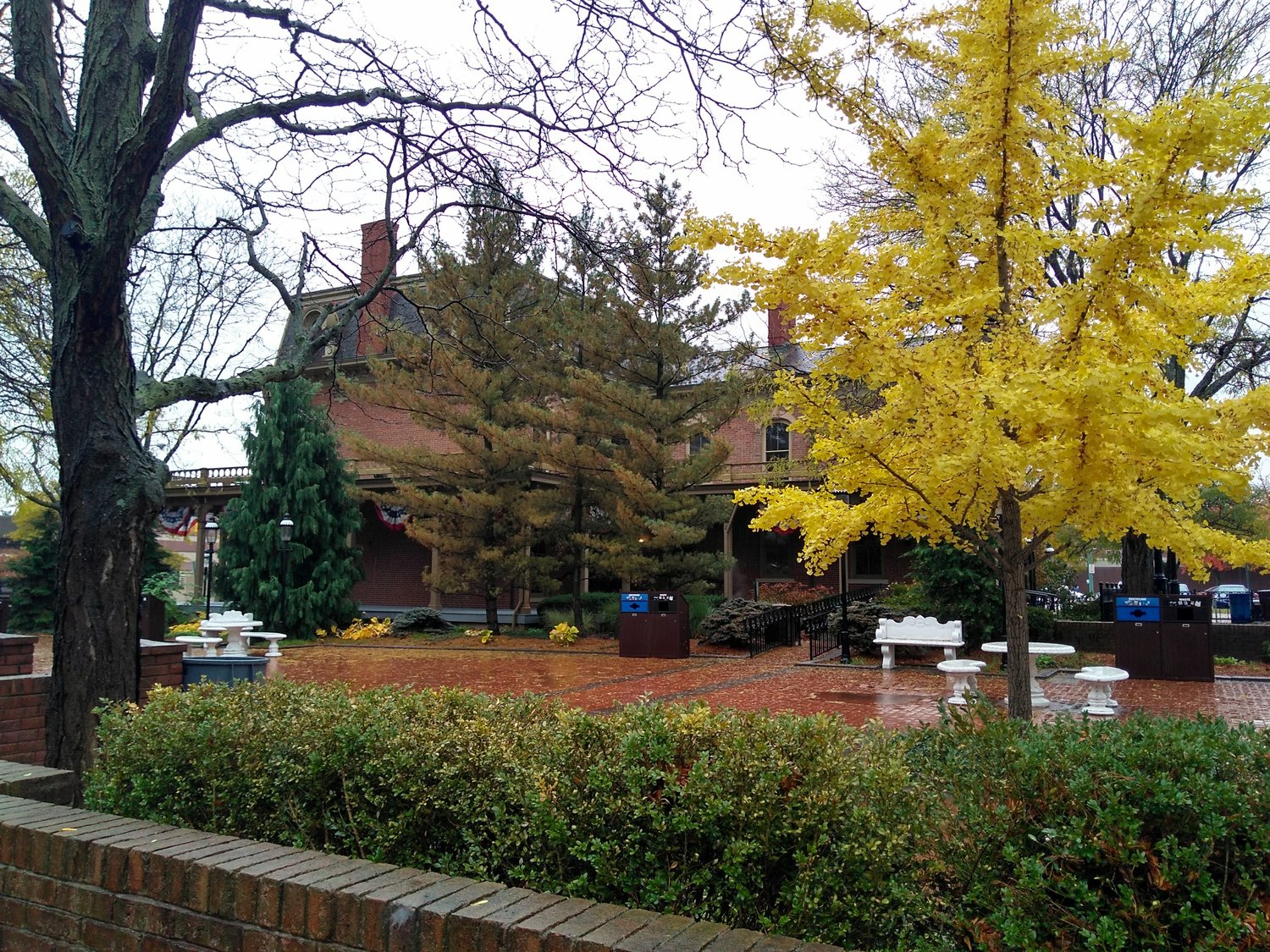