New day, new round of reports:

Mask, used in response to air pollution of the 1950's: 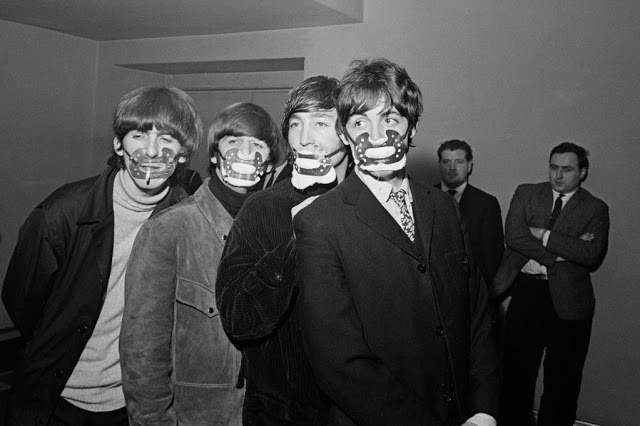 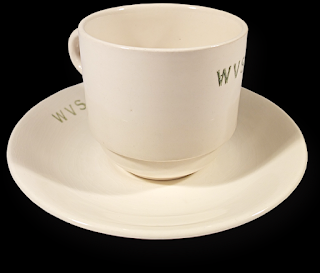 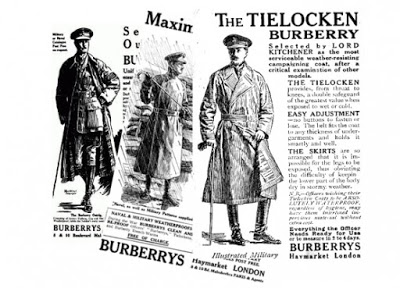 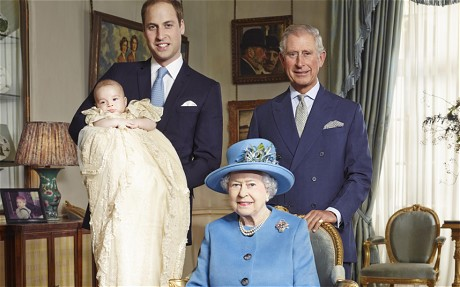 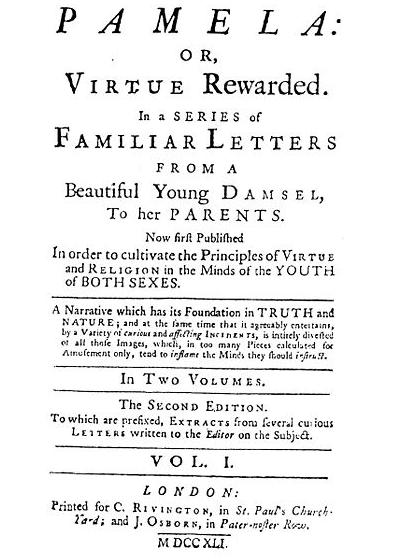 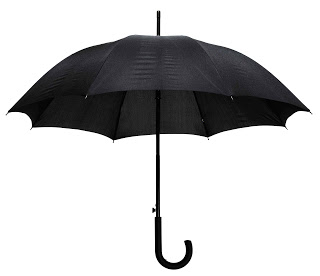 Which I ended up needing today.

After the umbrella, we discussed the Festival of Britain, which occurred in 1951, one hundred years after the Great Exhibition. 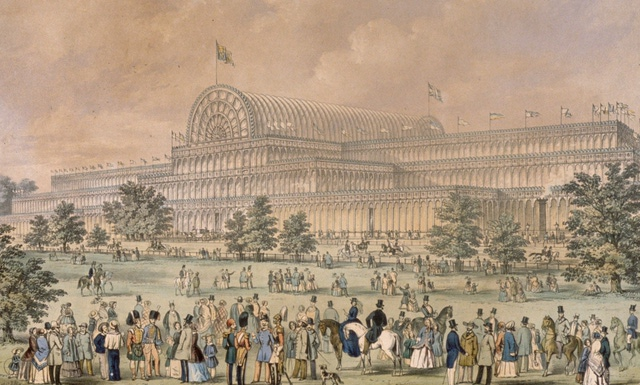 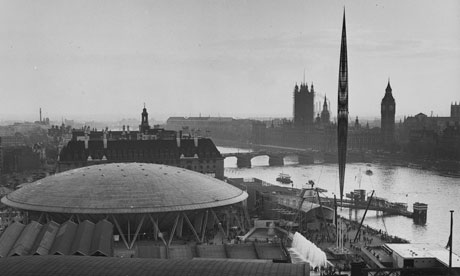 The purpose of the 1951 Festival was to provide "the story of British contributors to world civilization through the medium of tangible things" (original 1950's quote provided by Susie). More obviously intended as a moral booster and celebration of all-things Britain after the end of World War II, the focus was on exhibiting things from British culture. The fair was built on the mostly-destroyed Southbank (including what you see in the photograph above - that's Parliament and Westminster on the other side). After it was completed, the majority of the buildings were pulled down, though the Southbank Centre and Royal Festival Hall remain. 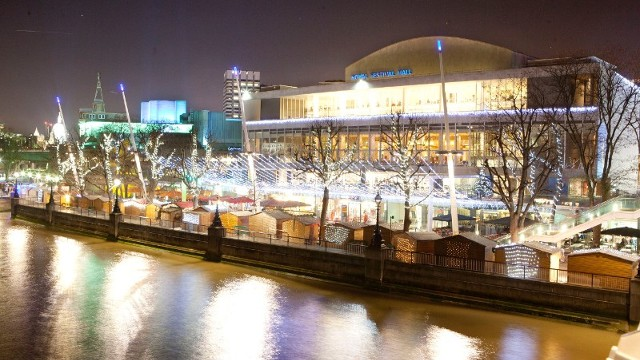 Part of the new spirit of post-War Londoners was the rejection of London as a desirable place to live and work, leading to the creation of the Green Belt and New Towns.

The Green Belt was legislated in 1938 as "an effective antidote to town-dwelling," keeping a green, no-building ring around the city as a sort of containment unit to prevent urban sprawl. 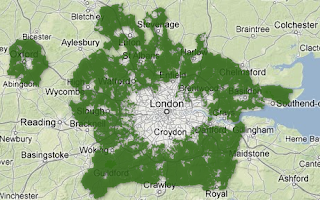 The New Town Act of 1946 attempted to disperse London's massive population after WWII by sending them to specially-planned towns outside of the city, which were often already existing settlements and were accordingly expanded.

Here is Stevenage, one such "New Town:"

So we ended our class time with a bit of a thud.

Our Museum trip was sure to be a treat, as we were headed to the Mortimer Wheeler House, the Museum's Archaeological Archive. 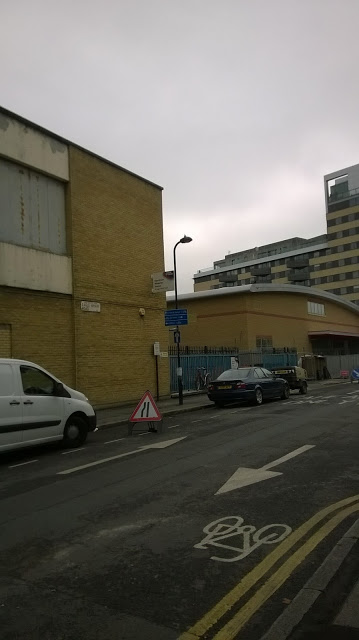 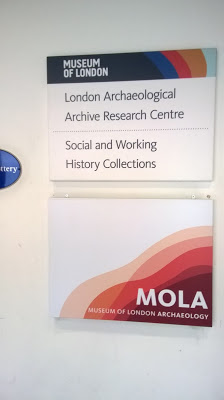 Beverly Cook, Curator of Social & Working History, was once again on hand to walk us through the facilities and offer anecdotes and descriptions along the way.

We were permitted to take photographs, but due to security reasons she asked that we not post them to any social media. So I will offering descriptions using words this time around.

There are eight storage bays in the facility, which when purchased was an old factory that had to be completely refurbished. This obviously cost a lot of money, but the Museum was fortunate that it was able to locate its main storage area in the city of London, as most museums must store their objects far away. The value of land and buildings in London makes this sort of close-proximity storage difficult, when the Museum purchased this one it was in an area that was not considered desirable, however, as time went on, the location has become increasingly more so, and may in fact one day force the Museum to change the site of the storage facility.

As we entered Bay 1, we were told to keep an eye out for green tags labeled "D." The D stands for "disposal," i.e. items that are no longer suited for the Museum.

Before everyone has a collective panic attack, this doesn't mean the Museum is going to "stuff [them] in the skip," as one of the full-time care assistants named Lizzie so succinctly stated. It's a mere issue of housekeeping, as a lot of things in the Museum are underused, and every item labeled as such must first be justified by a process we were to go over later.

There were a lot of items I saw labeled D in Bay 1, which contained items belonging on the streets and to the household. Not housewares, per se, but more along the line of toilets (yes), lamps and lanterns, bric-a-brac (Punch & Judy were there, doll house furniture), windows (stained-glass), store fronts, a computer dating to 1960-1 that was about five feet tall and eight feet wide, a police box (not Tardis-sized, sadly), a red Telephone booth, a red Royal Mail box from the Victorian era, and one very special piece that once belonged to a telecommunication museum that the Museum of London acquired when they cleaned house. It is an original telephone exchange that once sat in Buckingham Palace; there's even a little line that reads "Prime Minister," so one could be directly connected to him. It was very cool.

The abundance of shop fronts and windows was twofold: first, in the 1960's and 70's the curators undertook a sort of "rescue mission" in an attempt to save the traditional craft shops (like blacksmiths) that were increasingly going out of business around the city. Once closed down, everything in the buildings would be thrown away, and the curators wanted to preserve that part of London's history by literally going in and taking everything out of them, down to the windows and storefronts themselves.

Second, at the time they were saving the shops, they were also focused on expanding exhibits like the "Victorian Walk" and creating new ones like it, in which visitors "walk" down a reconstructed Victorian street, viewing shop fronts and the items held inside. This ambitious scheme was never realized, and hence the Museum is stuck with a lot of items that have no use and no provenance, which is another issue we'll deal with shortly.

Bay 5 was filled with domestic materials: furniture (tables, chairs, sideboards, headboards, you name it, they had it, and a lot of them made me green with envy), T.V.s, radios, luggage, old trunks dating from the 17th century on, beautiful wall panels covered in wallpaper, dioramas, and many more things. All of them were up for the D ticket, when the Museum was making its original go through, as they knew they probably had too much, and the unimportant was crowding out the important. With the former gone, the latter will be given the space it deserves (the wall-papered panels were just leaning against the shelving; there was no room for them on the shelves).

One easy item to mark for the big D are hazardous materials that cannot be safely stored. For example, a lot of the old televisions and other items that got hot contain asbestos, which is O.K. if it's been contained, problematic if it starts getting into the air. There are certain items that cannot be contained by the Museum or by anyone else, and those need to be destroyed.

We last went to an area called "The Street," containing all of the vehicles not currently on display. Horse-drawn carriages, old cars, a Ford that was manufactured in London, a fire engine, delivery vans, and of course the black taxi cab.

There are two full-time assistants who care for the collection and did most of the grunt work in sorting through all the collections, administering D tags as they went. Their names are Lizzie and Naomi, and we split into groups around two large tables containing things, and Lizzie ended up at my table leading our discussion.

The table contained things from the collection that were labeled with the D. The items are as follows: a large box filled with upholstery buttons, three identical tins, two common current board-games, two bags of sequins and a length of synthetic trim, model street lamp, and photographs of an old T.V., insecticide sprayer, and an old rope.

Lizzie provided a brief history of how the Museum's "house cleaning" project (better than calling it "D"-Day, perhaps) came about. She stressed that the issue is never to be about space for or the condition of the object, but rather the Museum's over all use for or need of the object (the whole "underused" issue) and sometimes the issue of safety.

The Museum uses a guide to determine whether or not the object is destined for the D-tag:

The objects taken from the "rescue" stores often do not have any provenance attached to them, making them difficult to justify remaining in the Museum's collection. If no other museums want them, the tools will likely be donated to charities in Africa that help people there learn new skills. The tools all can be used, they will simply lose their "Object" status and return to work.

Accordingly, there are seven reasons for disposal (taken from the sheet):

We were permitted to guess why each item on the table was marked with a D:

So what does the Museum do with items marked for disposal, short of stuffing them in the skip? In every case, it is a long process, as the Museum is dedicated to fulfilling its role of carrying out its public trust to care for the items in its possession to the end.

First, they will offer the item(s) to a museum accredited by the Museum Association that they think might have a place or a use for it. If it is not accepted, they will extend the offer to a wider range of non-accredited museums, like those existing through the National Trust, English Heritage, or smaller, "borough" museums. If none of these want it, they will put it up for "sale" (they don't actually sell them though). If even that doesn't work, they will be destroyed (or if they're in very poor condition or are a hazard that's the first option.)

Currently there are 6,000 objects in the Mortimer Wheeler House up for disposal. The Museum of London is actually the first (at least in the UK) to undertake this massive of a "housecleaning" mission. The Museum Association was on board with their idea, and provided some funding to cover the hours and the man-power (or woman-power in this case: Lizzie and Naomi were hired because of it) necessary to do the job. The current hope is that this will be a success, and that other museums will be able to learn from and go to the Museum of London for suggestions or guidance.

It is very important to the Museum that they do not sell any item for personal gain: a museum in North Hampton asked for permission from the Museum Association to sell an object (or several, I don't remember) in order to pay for an upgrade to their entry way. The MA said no, but the museum did it anyway. As a result, they lost their accreditation status and are as such no longer eligible to receive funding (I'm assuming governmental or some sort of MA funding).

Lizzie stressed that the reason for all this care and consideration is because they received these items in trust - or good faith - that they will look after them and care for them. It would make for a very poor image if someone who donated something flipped through the paper and saw a giant FOR SALE sign over the item they lovingly gave to the Museum.

And so these things are done with great delicacy, offering them first to other museums who might have a greater use for them and be able to display them, down to putting them back to their original uses, or "creative disposal," as the Museum calls it.

In my last post (since I assume you're reading along) I told you all of our little homework assignment, to think of an object that describes your hometown that you'd curate or collect. Did everyone come up with an item? 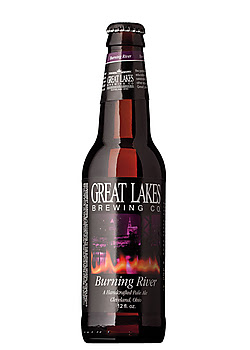 As some of you might know, the Cuyahoga River that runs through the city of Cleveland has caught on fire multiple times in its past due to pollution. 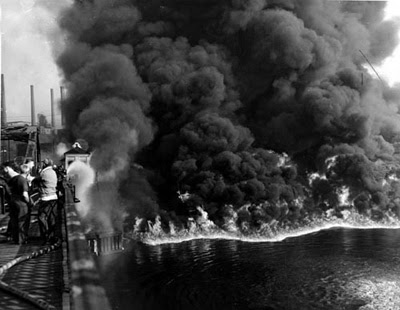 Sometime later, after the pollution was cleaned up, the Great Lakes Brewery Company (a Cleveland-based brewery named after the Great Lakes, one of which - Erie - Cleveland is on) named a pale-ale "Burning River," after the events on our own Cuyahoga.

You can read more about it here.

After our share-session class was over, and we spilled back out onto the streets, some to wander, some to head home, some to visit attractions, and others, like me, to finish up work on their own presentations for the morrow.

But for that you'll have to wait.